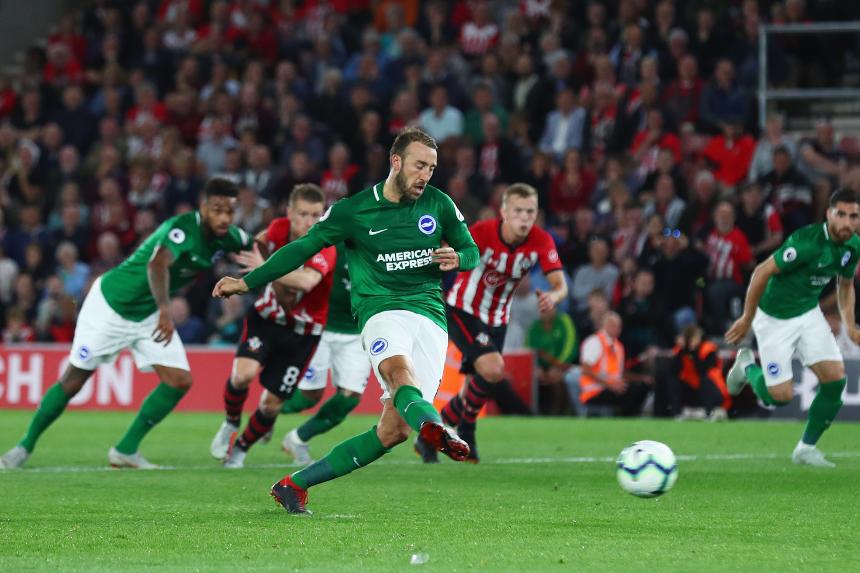 Glenn Murray scored a last-gasp penalty as Brighton & Hove Albion fought from two goals down to claim a dramatic 2-2 draw at Southampton.

Saints dominated the first half and took the lead in spectacular fashion when Pierre-Emile Hojbjerg fired an unstoppable drive from 35 yards into the bottom corner.

Brighton improved after the break, Anthony Knockaert forcing Alex McCarthy into a smart save. But Southampton added a second through Danny Ings's penalty on 65 minutes after he had been fouled by Gaetan Bong.

Shane Duffy's header a minute later started Brighton's fightback. The visitors piled on the pressure and after Duffy had been fouled Murray held his nerve from 12 yards in the first minute of stoppage time.

Brighton stay 14th while Southampton are a place ahead with both on five points.