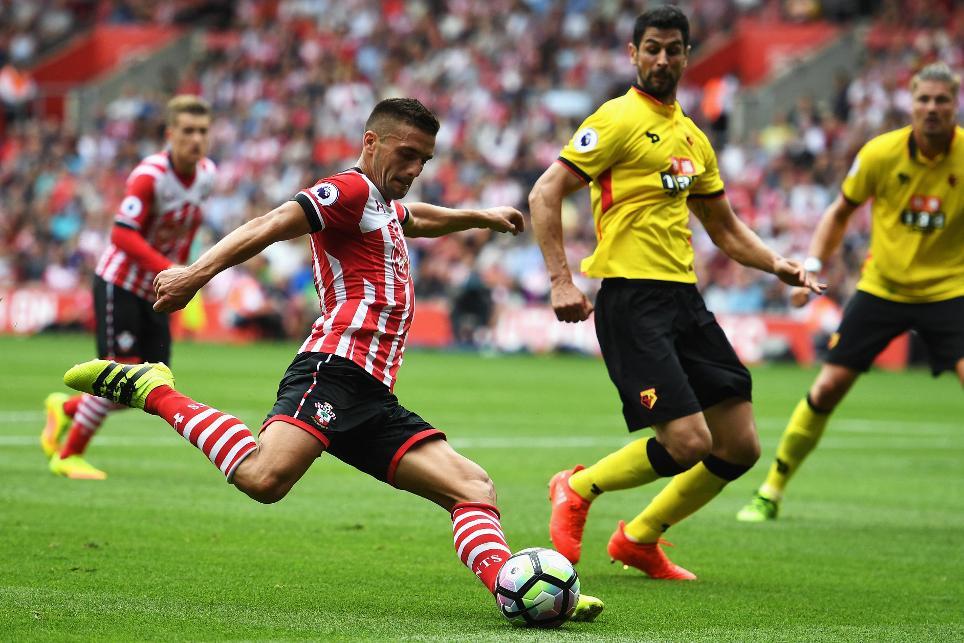 A football statistical index, it has been developed to offer a verdict on each player’s potential as a FPL asset.

It uses data gathered from every match to create a single statistical value for three areas – Influence, Creativity and Threat.

The Creativity score measures a player’s link up play with team-mates and, crucially, their ability to create goal scoring opportunities. This offers a view on those players most likely to return assists.

Stationed at the tip of a midfield diamond by new manager Claude Puel, Tadic has created 10 scoring opportunities for his team-mates and supplied four successful crosses via open play and dead-balls.

Firmino has been fielded as a “false nine” in Jurgen Klopp’s 4-3-3 formation and has mirrored Tadic’s 10 key passes.

He just edges the Saints playmaker for successful passes in the final third by 57 to 56, though he has managed just two successful crosses and trails Tadic at the summit by a score of 144 to 165.

Playing in central midfield in a new 4-1-4-1 formation under Pep Guardiola, De Bruyne has provided seven successful crosses and betters his team-mate by a Creativity score of 143 to 131.

De Bruyne also leads Silva by two assists to one so far.

Barrow has flourished down the right, supplying seven key passes and as many successful crosses. The Swans have registered 30 completed crosses to date, more than any other side.

Crystal Palace’s Jason Puncheon (£5.5m) has made eight successful crosses, more than any other player. Five of these have arrived via corners, illustrating the importance of set-pieces for the Eagles.

Indeed, he is joint-top with Tottenham Hotspur’s Christian Eriksen (£8.4m) for completed corners who has also supplied five successful deliveries.

Shifted onto the left wing at home to AFC Bournemouth, Puncheon supplied the assist for Scott Dann’s (£5.5m) late leveller.

The Manchester United skipper has created eight scoring chances, earning an assist in each of the last two Gameweeks. Rooney has also produced more successful passes in the final third (44) than any forward to date.

Notably, he has registered a key pass every 34 minutes under new manager Jose Mourinho compared to an average of 60.1 minutes in Louis van Gaal’s final year in charge at Old Trafford.

Eden Hazard (£10.2m) may well be winning the plaudits this season, but Willian (£7.4m) remains Chelsea's most fruitful supply of goal scoring opportunities.

The Brazilian has recorded 120 for Creativity, compared to Hazard's 102 - achieving that score over just two Premier League appearances.

He is clearly on to watch: Willian has created a chance every 19 minutes so far this season, more frequently than any other Premier League player with more than 45 minutes to their name.