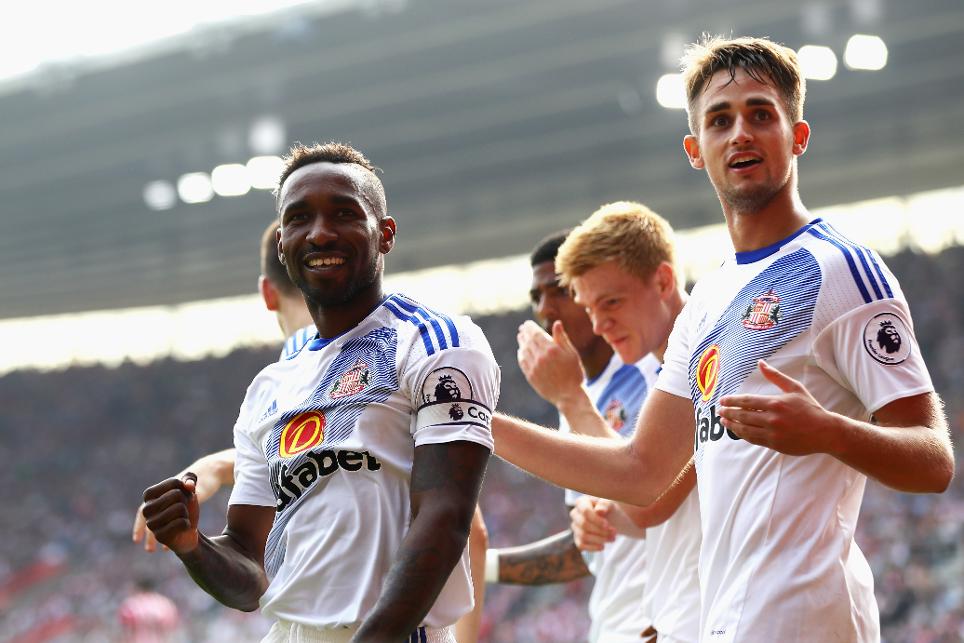 Rodriguez: It meant a lot to me to score External Link

The Sunderland frontman netted his side’s opener from the penalty spot and also chipped in with two recoveries and three clearances, blocks and interceptions (CBI) to collect a score of 31 in the Bonus Points System.

Defoe also clinched top spot in the ICT Index with a score of 8.1.

The striker registered two of his side’s four attempts from inside the box and found the net for the second time in the first three Gameweeks.

Southampton took up four of the first five positions, having fired 16 shots to the Black Cats’ five.

Nathan Redmond (£6.1m) was the home side’s top ICT Index performer with a score of 7.1.

In a front two, the summer signing from Norwich City managed three attempts on goal – with two on target – and also created a pair of scoring opportunities for his team-mates.

Rodriguez and Steven Davis (£5.5m) were joint-third, with the latter taking top spot for ICT Creativity, with 37.

Davis supplemented two key passes with one successful cross and 14 completed passes in the final third, in addition to nine recoveries.

Rodriquez emerged from the bench to produce two attempts on target and he scored the late equaliser.

Defoe has now climbed to fourth spot in the FPL forward standings as a result of his nine-point haul.

Owned by just 8.6% of managers, he has back-to-back home encounters against Crystal Palace and West Bromwich Albion over Gameweek 6-7.

Notably, Patrick van Aanholt (£5.0m) took three of his side’s five corner kicks. The left-back has already opened his account for the season by netting in last week’s home loss to Middlesbrough.

New signing Javier Manquillo (£4.5m) was fast-tracked into the first XI by Moyes, earning a start at right-back.

Pickford produced six saves on Saturday and just failed to collect bonus points, earning a BPS score of 18. The youngster, whose average of 17.8 minutes per save in 2015/16 was quicker than any goalkeeper, is expected to deputise for the Italian for at least three months.

For Southampton, Matt Targett (£4.5m) retained his starting role for the third successive Gameweek. With first-choice left-back Ryan Bertrand (£5.4m) returning to the bench, though, Targett’s security of starts is now in question.

Up front, Claude Puel’s decision to start with Charlie Austin (£6.3m) alongside Redmond up front saw Shane Long (£6.4m) drop to the bench.

The Republic of Ireland international has now been transferred out by over 22,000 FPL managers since Saturday's deadline.