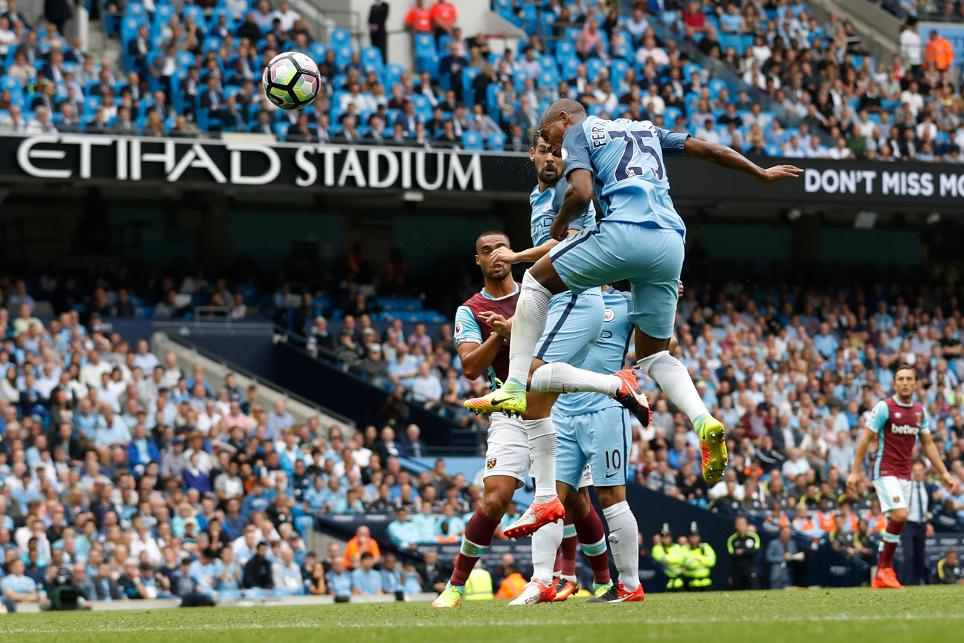 Man City head coach didn't expect such a high level so quickly, but says they can get even better

Guardiola: We deserved to win by more External Link

Pep Guardiola says there is more to come from his Manchester City side, but has been impressed with the level his team has reached in his time at the club.

Raheem Sterling’s double and a header from Fernandinho gave Man City a 3-1 victory over West Ham United on Sunday, leaving them joint-top of the Premier League table with three wins in as many matches.

His team produced some outstanding passages of play in the first half as they threatened to add to their early 2-0 lead before the interval.

“We can play better, no doubt about that,” the Man City head coach told mancity.com after Sunday’s match. “We are just two months here, not too much and I didn’t expect to play in this short time, like this.

“We played good first half. After we received the goal from West Ham from their first chance, we had the mentality to control our emotions very well.”

West Ham manager Slaven Bilic praised his team's spirit as they fought back in the second half, telling whufc.com: “At half time, I wasn’t happy, but I asked the guys to show the character, the spirit, the attitude and mentality which they basically did in the second half."