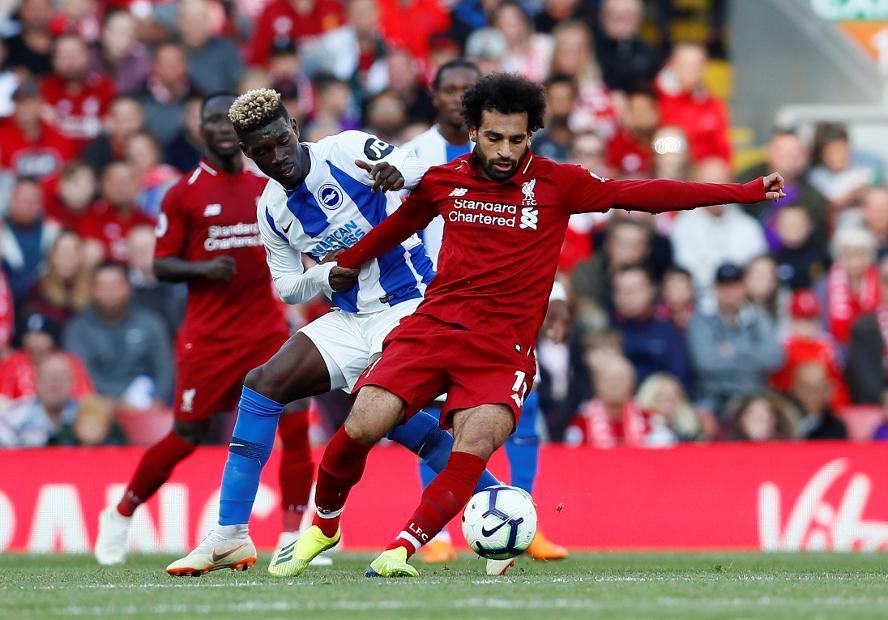 Liverpool kept up their winning start thanks to Mohamed Salah but had to work hard to beat Brighton & Hove Albion 1-0 at Anfield.

The home side started brightly, with Roberto Firmino forcing a save from Mat Ryan and Trent Alexander-Arnold's free-kick hitting the bar.

Salah got the only goal on 23 minutes. James Milner won possession and Salah took Firmino's pass to curl his shot around Ryan.

Liverpool were unable to add to the goal despite 22 shots, eight of which were on target.

Liverpool go top with nine points, while Brighton are 12th with three.