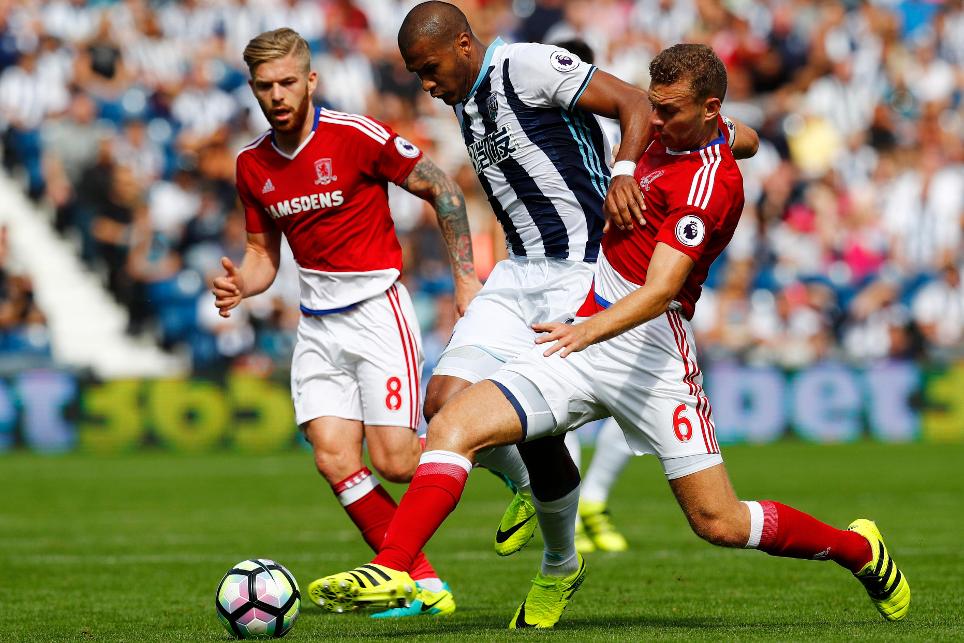 Middlesbrough hold off Baggies pressure in stalemate at The Hawthorns

Defeat for youngsters in PL2 derby at Wolves External Link

Middlesbrough maintained their unbeaten start to the Premier League season as they held West Bromwich Albion to a goalless draw at The Hawthorns on Sunday afternoon.

The Baggies had most of the ball and the better chances but could not break down a hard-working Boro defence, who have now got five points from their opening three league matches.

James McClean had the first clear-cut chance but Boro goalkeeper Brad Guzan was able to smother after he was played in with a fine ball from Darren Fletcher.

Guzan was also called into action to save from Brendan Galloway before half-time while Cristhian Stuani, who scored twice in last week's victory over Sunderland, had Boro's first shot on target in the 73rd minute but his shot from an angle was saved by Ben Foster.

West Brom striker Saido Berahino was introduced with 18 minutes to go but he could not break the deadlock as both sides had to settle for a point.