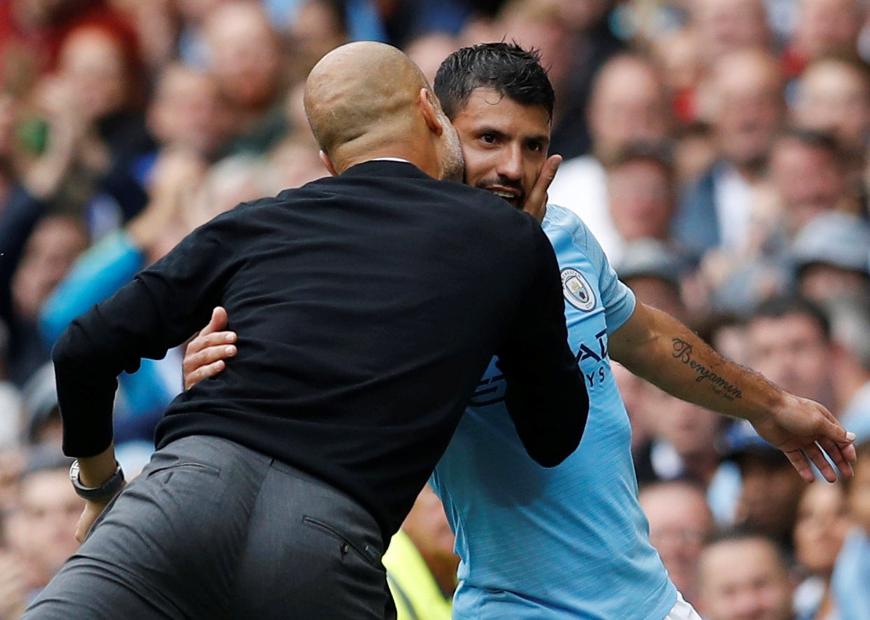 The faith of more than 880,000 managers in Sergio Aguero (£11.1m) was rewarded in Gameweek 2 of Fantasy Premier League.

They overcame any fears of possible rotation to hand him the armband for Manchester City’s home encounter with Huddersfield Town, making him the second-most popular captain choice.

Aguero rewarded that trust by producing three goals, an assist and 20 FPL points.

A change in tactics helped the forward profit.

Jesus also benefitted, scoring in his first start of the season.

But the change was bad news for three of City’s premium midfielders.

The versatile duo of Benjamin Mendy (£6.2m) and Bernardo Silva (£7.6m) occupied the wide roles in the 6-1 victory.

Fantasy managers have reacted quickly after Mendy supplied two assists for the second Gameweek in a row.

Over the last 24 hours, the Frenchman is second only to Aguero for transfers in ahead of their Gameweek 3 trip to Wolverhampton Wanderers.

But while Mendy’s appeal as City’s go-to defender is rising, Kyle Walker (£6.5m) and Nicolas Otamendi (£6.4m) were omitted from the starting line-up.

Having opted for a 4-1-2-3 formation in their opening match, Guardiola looks likely to switch tactics throughout the season.

That will increase the prospect of both opportunity and frustration for Fantasy managers on any given Gameweek.