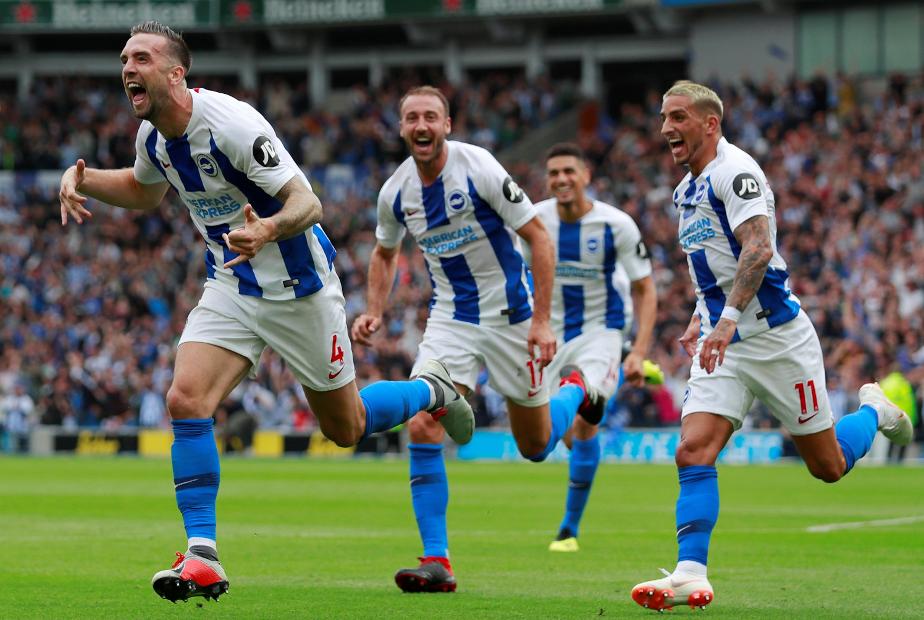 Murray, Duffy and Gross score in first half to record 3-2 victory at Amex Stadium

Romelu Lukaku's header halved the deficit, but Pascal Gross restored Brighton's two-goal lead with a penalty before the break.

Paul Pogba got a goal back for United with a stoppage-time penalty but it was too late to prevent defeat.