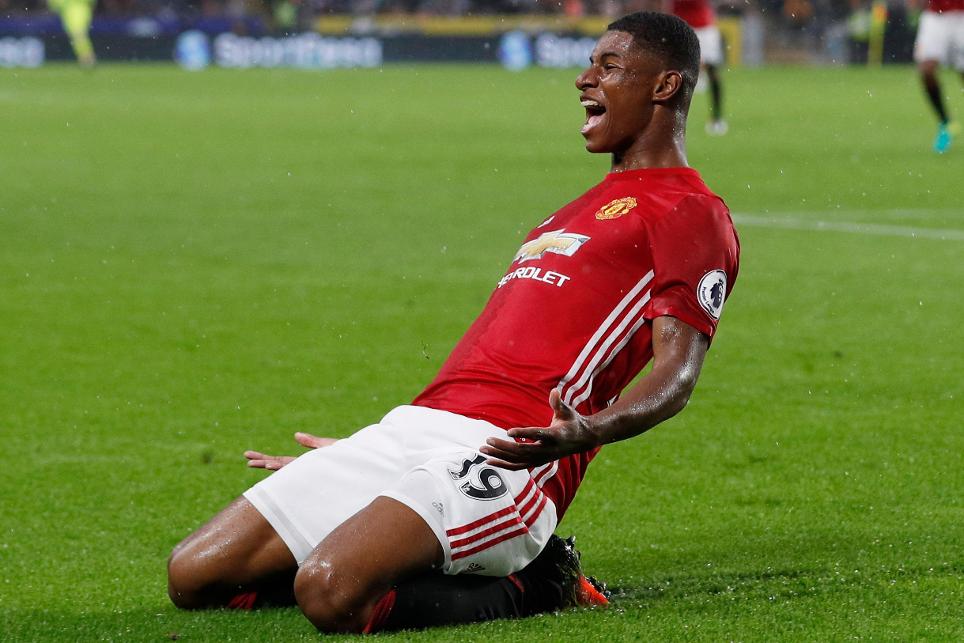 Substitute Marcus Rashford scored a stoppage-time winner to maintain Manchester United's perfect start to the season and to deny Hull City after a superb defensive display had looked to give them a share of the points.

Rashford, introduced with 19 minutes to go, tapped home from close range in the 92nd minute after Wayne Rooney had kept the ball in play on the byline and crossed into the centre.

United had placed the Tigers, who had won their opening two fixtures, under immense pressure but valiant defending, with Curtis Davies and goalkeeper Eldin Jakupovic to the fore, had kept them at bay for most of the match.

Visiting striker Zlatan Ibrahimovic headed just over and backheeled into the side netting in the first half while Davies blocked Rooney's goalbound shot on the line.

Paul Pogba, Anthony Martial, Antonio Valencia, Rooney and Rashford all had attempts for United after the break, while Hull's David Meyler shot just over the bar with time running out, before the late dramatic winner.