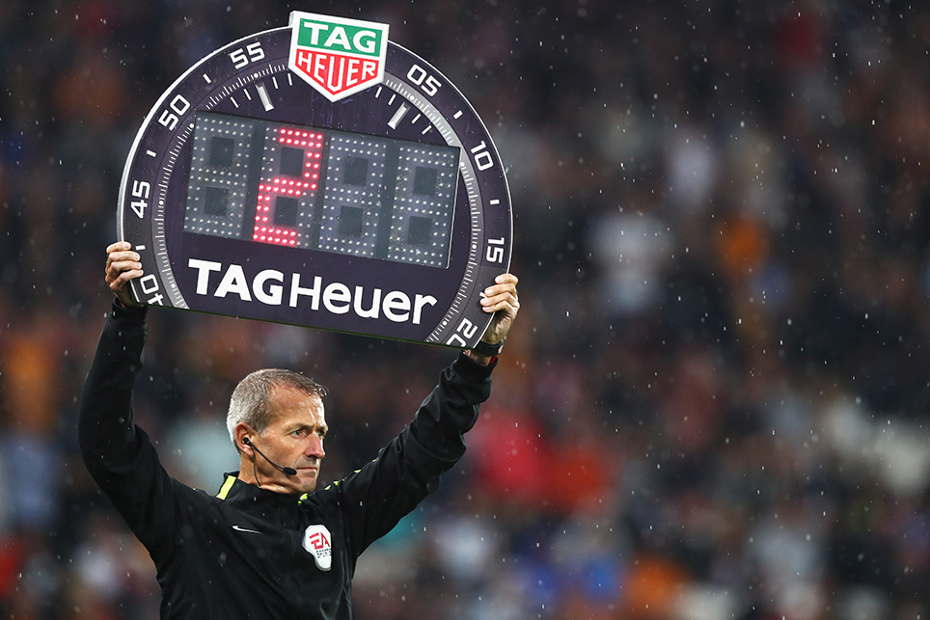 The Premier League will continue to play all matches run on TAG Heuer time, both on the pitch and on broadcasts across the world, after it announced the extension of its partnership with TAG as Official Timekeeper of the Premier League.

"We have really enjoyed working with TAG Heuer over the last two years and are very pleased they will continue as official Timing Partner of the Premier League," Richard Masters, Premier League Managing Director said.

"TAG Heuer has a strong track record of associating with elite sport and their new Premier League specific watchface and app is a fun and innovative development that will allow people with Connected watches to feel even closer to the Premier League."

"TAG Heuer were the first official timekeepers of the Premier League and will now see this continued partnership strengthen for the next season."

The 2018/19 Premier League season kicked off on 10 August and to start the season right, TAG Heuer has taken its obsession with precision and sports timekeeping to the next level by unveiling the Premier League Interactive watchface for TAG Heuer Connected Modular watch owners.

This dedicated watchface, developed in partnership with the Premier League, has been designed to keep supporters informed of everything happening in the 2018/19 season, with it delivered directly to their connected Modular watches.

In true TAG Heuer innovative spirit, this interactive tool allows the wearer to customize their dial with their chosen team, check match timings in just one tap, follow match events and be alerted to full-time scores.

Within the function of the interactive watchface is a custom notification service, which alerts the wearer in real time to match kick-offs and goals scored as they happen.

The TAG Heuer Premier League watchface is available on Google Play for Connected watch owners to download for free.

To kick the season off right, we're taking our obsession with precision and sports timekeeping to the next level with our newest unveiling, the @PremierLeague Interactive watchface for TAG Heuer Connected Modular watch owners! #PremierLeague pic.twitter.com/C7mLIgQ0JD