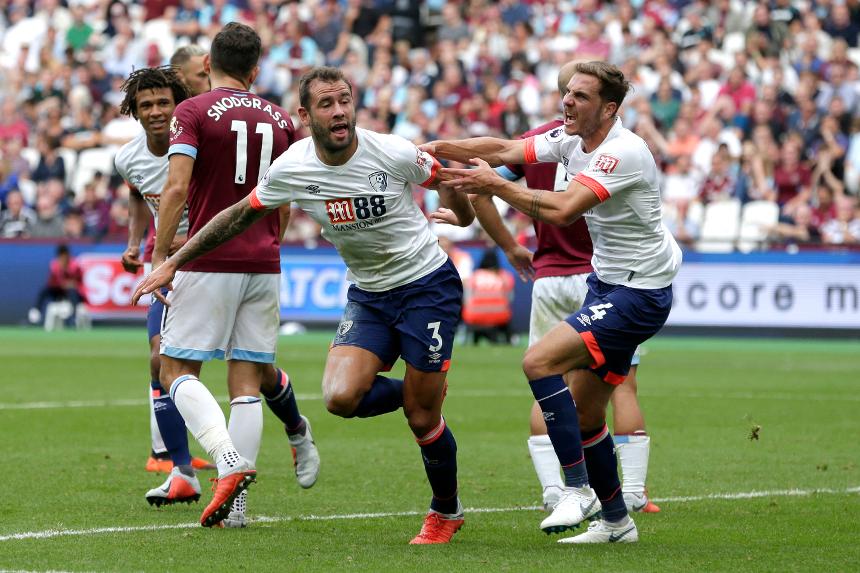 Callum Wilson and Steve Cook scored in the second half as AFC Bournemouth came from behind to beat West Ham United 2-1 at London Stadium.

Marko Arnautovic had given West Ham the lead on 33 minutes with a penalty after Nathan Ake fouled Chicharito.

The visitors were level on 60 minutes, when Wilson collected the ball, evaded a couple of challenges and slotted past Lukasz Fabianski.

Six minutes later, Cook headed in a Ryan Fraser free-kick to put AFC Bournemouth ahead and earn them a second consecutive win at the start of 2018/19.