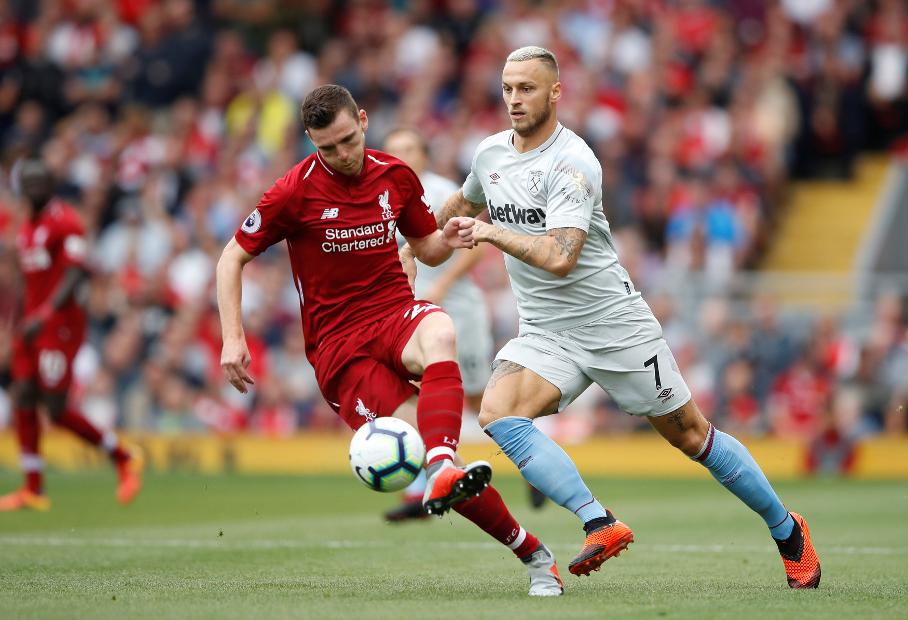 Fantasy Premier League managers have been quick to target attack-minded defenders after a number of big points scores in Gameweek 1.

His goal and maximum bonus in the 2-1 victory earned the left-back an 11-point return.

Shaw was one of nine defenders to record a double-digit haul in GW1.

By comparison, Callum Wilson (£6.0m) was the top-scoring forward with eight points.

Tellingly, seven of those nine high-scoring defenders were full-backs.

Another of them, Jeffrey Schlupp (£4.5m), played on the left wing for Crystal Palace.

This has made a big impact in the FPL transfer market, where three of the four most bought players are full-backs.

The cut-price Aaron Wan-Bissaka (£4.0m) is the top defender for transfers-in.

Palace's right-back has been acquired by 143,000+ new owners after claiming an assist and clean sheet away to Fulham.

The potential of players such as Benjamin Mendy (£6.0m) and Andrew Robertson (£6.0m) could also influence the long-term plans of FPL managers.

That ability to combine a goal or an assist with a clean sheet for devastating points hauls could drive investment away from attack, with more budget focused on defence.

Ash (@FPLHints): As demonstrated by their heat maps and attacking returns, the likes of Mendy and Robertson are must-haves for the season. Their prices will sky-rocket. The only concern is the possibility of wing-back rotation, which means you should have a good £4.5m defender on the bench.

Tom (@WGTA_FPL): A weekend for left-backs with Patrick van Aanholt, Mendy, and Robertson doing the business with double-figure returns. We tipped attacking defenders to do well initially, but not to that extent!

Lee (@FPLFamily): Mendy, Shaw, Robertson, and Van Aanholt all looked fantastic. But when a £4.0m defender gets a double-figure haul in GW1, you simply have to take notice and invest. Wan-Bissaka right now is a no-brainer.

Simon March (@MarchSimon): Seven full-backs achieved the holy trinity of clean sheet, attacking and bonus points this week and all looked great value. That said, trying to predict a trend based on one Gameweek can be dangerous. It could easily be the turn of the forwards to shine next week so don't rip your teams up just yet!

@FPLGeneral: It was a painful GW1 with Aguero/Arnie/King as my front three and no Mendy/Robertson at the back. I'm already considering a switch from Van Dijk to Mendy for GW2.