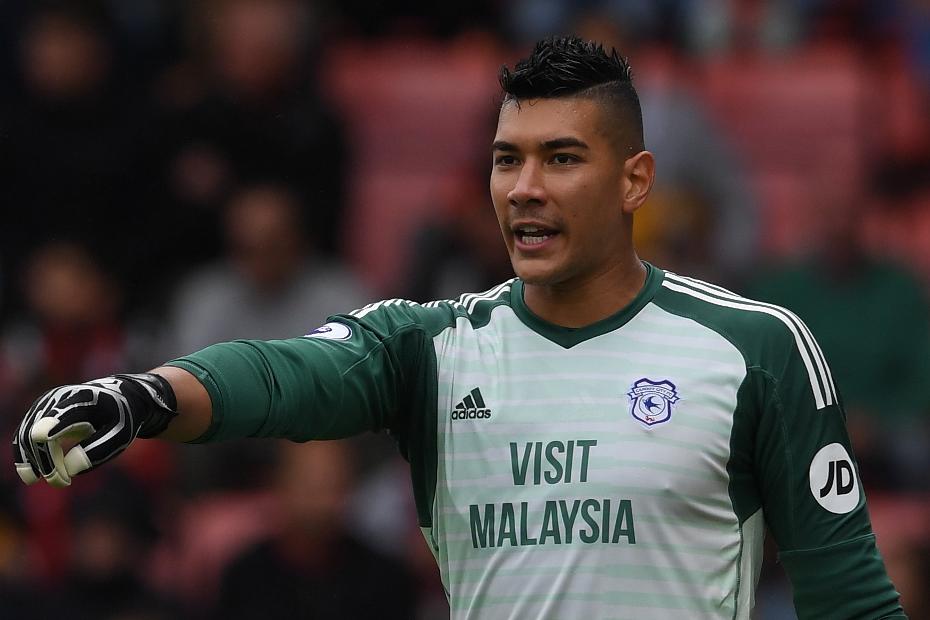 Warnock: "We've got a lot to look forward to" External Link
Etheridge: I'm proud to represent the Philippines

Etheridge: “We move on together to next weekend” External Link

It was a special weekend for Neil Etheridge, who set a landmark in goal for Cardiff City and saved a penalty on Saturday.

With his appearance at Vitality Stadium, Etheridge became the first Filipino to play in the Premier League. It made the Philippines the 113th nation to be represented in the competition.

"Of course, it's fantastic," he told Cardiff City's website. "It's a huge honour to help to push Southeast Asian football - and Asian football as a whole - forward."

Etheridge was unable to prevent a 2-0 defeat by AFC Bournemouth but he did keep his side in the match longer, preventing Callum Wilson from doubling the home side's lead from the spot during the first half.

In so doing he became the first goalkeeper to save a penalty on his Premier League debut since Allan McGregor, for Hull City against Chelsea in August 2013.

"The penalty save was great at the time too, because we were 1-0 down and it kept us in the game until the break," Etheridge said. "But it's a team sport and we haven't come away with three points."

Etheridge is hoping that Cardiff will get those points when they face Newcastle United at home in Saturday's early kick-off.

"Now, we move on together to next weekend and we're looking forward to it," he said. "Home games are going to be crucial for us this season."

Great to make my Premier League debut. Not the result we wanted, a lot of things to work on and a lot of positives to take out of the game. Thank you to all the travelling supporters #cardiff #bluebirds 🔵⚪️ pic.twitter.com/CxMxmg9JTW