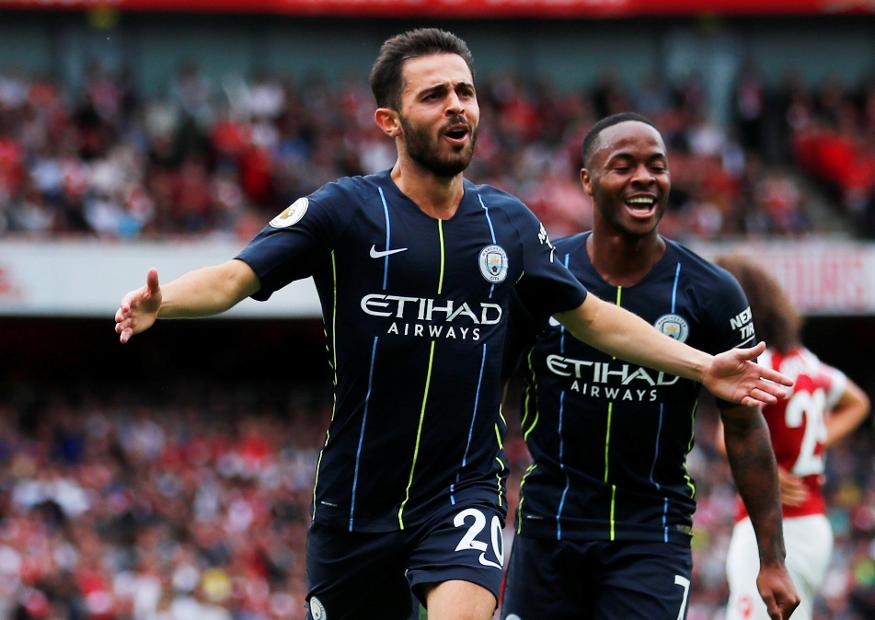 Raheem Sterling and Bernardo Silva scored in each half as Manchester City handed new Arsenal head coach Unai Emery a 2-0 defeat on his Premier League debut.

The champions took the lead on 14 minutes thanks to Sterling's low shot from the edge of the area for his 50th Premier League goal.

Petr Cech kept Arsenal in it in the first half with a brilliant double save from Riyad Mahrez’s free-kick and Aymeric Laporte’s follow-up.