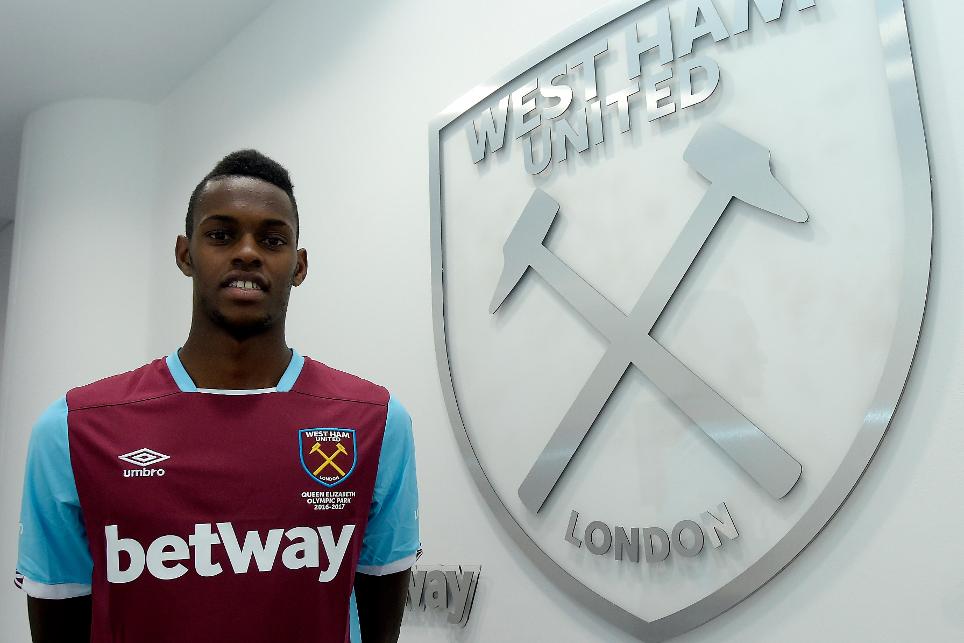 West Ham United have announced the signing of Edimilson Fernandes.

The 20-year-old Switzerland midfielder has agreed a four-year contract after moving from Sion, his hometown club, for an undisclosed fee.

Fernandes, who has made 66 appearances for Sion, was presented to the West Ham crowd before the UEFA Europa League play-off round, second-leg tie with Astra Giurgiu on Thursday evening.

"It is a new challenge for me and now it is down to me to work hard to become a top player," he told whufc.com. "I am a player capable of getting the game going and adding excitement to the action on the pitch. I appreciate this opportunity."

He is West Ham's 10th signing of the summer transfer window and could feature for his new club when they travel to Manchester City in the Premier League on Sunday afternoon.