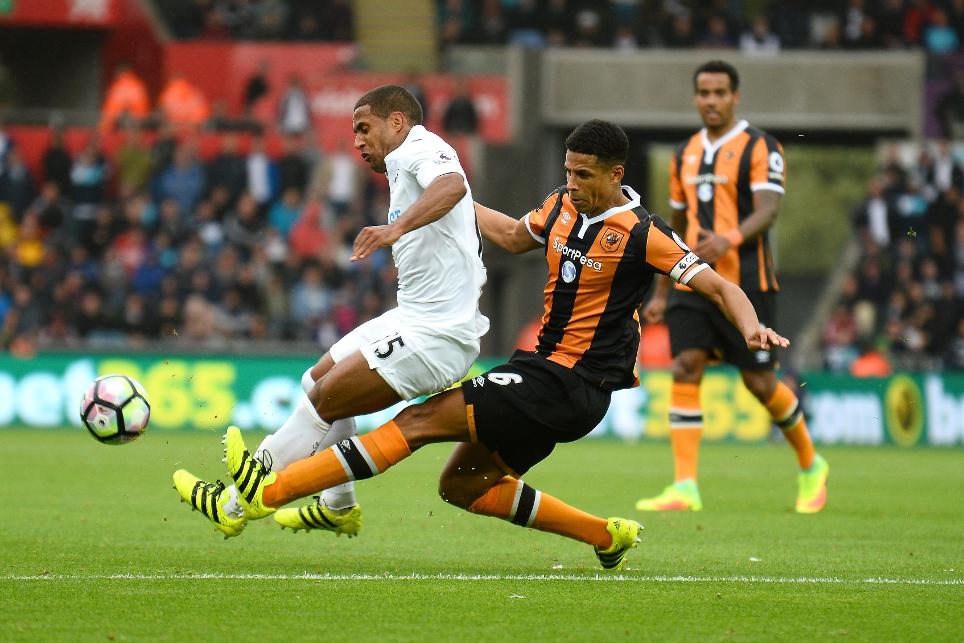 Bonus points are a key ingredient of scoring in Fantasy Premier League.

They are distributed post-match according to the Bonus Points System (BPS), which uses a range of statistics that measure each player's performance.

These include actions such as successful tackles and open-play crosses, along with goals, assists and clean sheets. There is a full list of the statistics that contribute to the BPS under "Scoring" in the FPL Rules.

The players with the top three BPS in a given match receive bonus points - 3pts to the highest-scoring player, two to the second best and one to the third.

Understanding how the BPS works, and which type of players and individuals fare best, can help guide your FPL transfers.

This is particularly true in defence, when there is often a choice of options from a team, all of whom can offer similar potential for clean sheets.

Clearances, blocks and interceptions (CBI) are one element that can be crucial for final BPS totals in a Premier League fixture.

All players gain one BPS point for every two CBI they achieve in a match.

For defenders, this can make CBI their main source of earning BPS outside of gaining a clean sheet (12 BPS), a goal (12 BPS) or assist (9 BPS).

When a team keeps a clean sheet, all members of their backline who completed 60 minutes will benefit from 12 BPS. Depending on the number of goals scored by their team, this can put defenders firmly in the running for bonus points.

That is when CBI comes into play. It can be the factor that ultimately decides which players earn bonus points.

Central defenders dominate the CBI numbers. That is understandable, they are often making headed clearances and putting their bodies on the line to block shots.

Full-backs are involved in other match actions that help them gain BPS. They are far more dependent on tackles won, recoveries and open-play crosses, which we will cover in future articles.

Although centre-backs prosper for CBI, it is not always a level playing field.

Players in teams that dominate possession and limit the opposition’s attacks often do not score highly for defensive actions, particularly CBI.

Last season, Manchester City’s Nicolas Otamendi (£6.0m) and Southampton’s Virgil van Dijk (£5.5m) were the only defenders from top-six teams to finish in the first 10 defenders for average CBI. The City man averaged 11.23 CBI per match, with Van Dijk 11.29.

This pattern is in evidence in the current campaign.

Defenders within teams who tend to concede possession have excelled for average CBI.

Hull City’s Curtis Davies (£5.0m) has been the standout performer. He’s topped the rankings for CBI in both Gameweeks so far, producing 19.5 per appearance.

Davies will likely continue producing impressive CBI numbers and should allow him to dominate for BPS, putting him in the mix for bonus points when Hull keep a clean sheet.

There is one notable omission from the current top CBI averages.

Everton’s Ashley Williams (£5.0m) has yet to feature this season but has often figured at the top of the rankings. He averaged 12.75 CBI per appearance for Swansea City in 2015/16.

That helped him earn 24 bonus points for the Swans. Only Leicester City’s Christian Fuchs (£5.5m) bettered that tally (25 bonus points).

Williams’ propensity to accumulate CBI was the key factor, underlining the vital role it can play for defenders in the bonus-point shake-up.