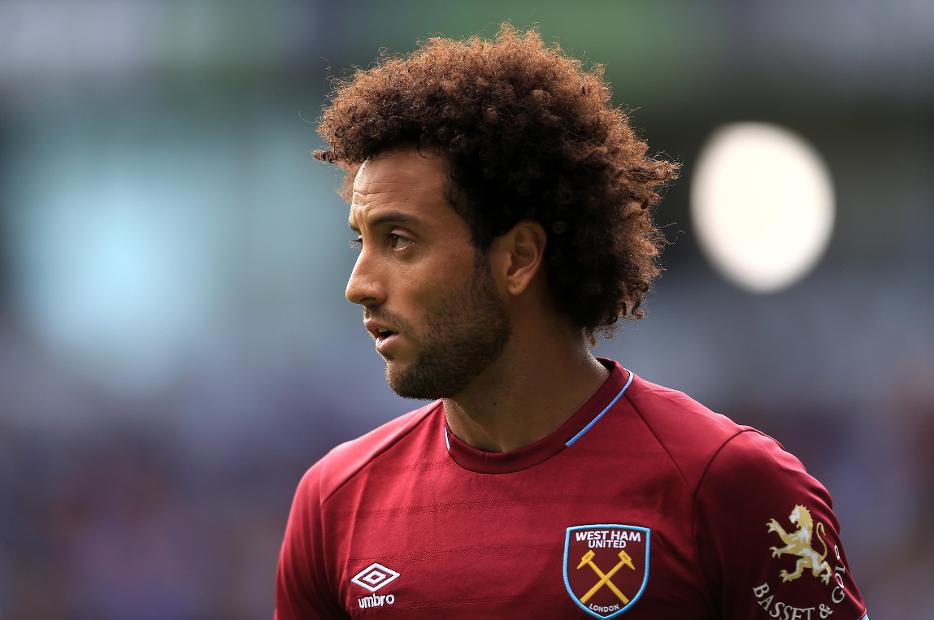 Felipe Anderson’s move to West Ham United is undoubtedly one of the most exciting of the summer transfer window.

The club-record signing from Lazio is a creative attacking midfielder who is skillful and extremely quick, especially when accelerating from a standing start.

The Brazilian is an expert at surging past his markers with explosive bursts of pace.

Anderson is rightly regarded as one of European football’s finest dribblers.

He completed six successful dribbles per 90 minutes in Serie A last season, the third-most in Europe’s top five leagues.

Only Eden Hazard, of Chelsea, and Neymar, of Paris Saint-Germain, could better that with 6.1 and 7.1 respectively.

West Ham fans are going to enjoy watching him play.

Anderson has all the attributes you would normally associate with a winger, but does not like to be restricted to one position.

While previous managers have tried him out on the flanks, Anderson’s best performances have almost exclusively come as a No 10 behind the striker.

In that free role the Brazilian will receive passes on the half-turn in pockets of space, or drift wide to take on opposing full-backs.

A serious groin injury sidelined Anderson until December last season, but after working his way back to fitness with a series of substitute appearances, he finished the campaign in tremendous form.

He scored eight goals and produced 10 assists in all competitions for Lazio, ending 2017/18 on a high.

Anderson may have been inconsistent during his time in Italy but West Ham have bought a player who is enjoying a fabulous 2018.

Anderson in all competitions

But in Anderson the Hammers now have a creative player with the potential to deliver just as much quality inside the final third, if not more.

Anderson has a lovely eye for a slide-rule pass. His right foot can supply plenty of chances for forwards Chicharito and Marko Arnautovic from central or wide areas.

He created on average three chances per 90 minutes in Serie A last season.

Anderson per 90 in Serie A

The 25-year-old will also make forward runs beyond the strikers.

For Lazio last season he frequently used his pace to break through and create one-on-ones with goalkeepers.

It is an attribute that he showed in scoring his first West Ham goal in a friendly win over Ipswich Town on Saturday.

Premier League defenders will find the hardworking Anderson an unpredictable and evasive opponent.

Provided he is given the freedom to roam, the South American’s flair and improvisation could set the competition alight.