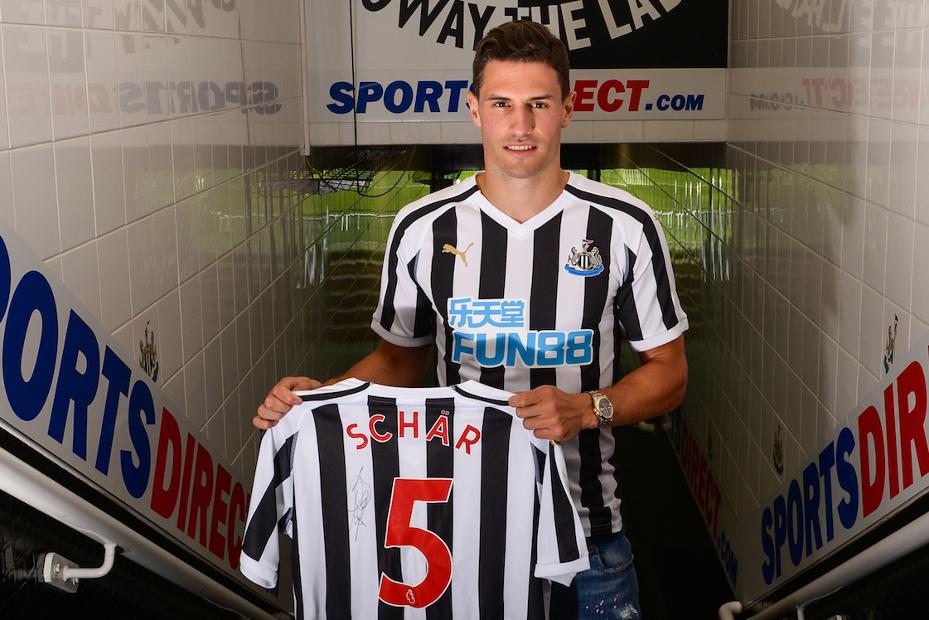 The Switzerland international has agreed a three-year deal with Rafa Benitez’s side and arrives for an undisclosed fee.

"I of course defend, but I’m quite good with the ball, I like to play. I want to build up the game from behind and I think that is a strength of mine.

"I have also scored some headers – that could also be a strength and hopefully I can use it here."

Schar is a centre-back who scored two goals and provided two assists in 25 appearances in LaLiga last season.

The 26-year-old been capped 42 times by Switzerland and played three matches at the FIFA 2018 World Cup as they progressed to the round of 16.

He will wear the No 5 shirt and becomes Newcastle’s fourth signing of the summer ahead of their opening fixture of 2018/19 at home to Tottenham Hotspur on 11 August.

🎥 New signing @fabianschaer has been speaking to NUFC TV about his transfer to Newcastle United.