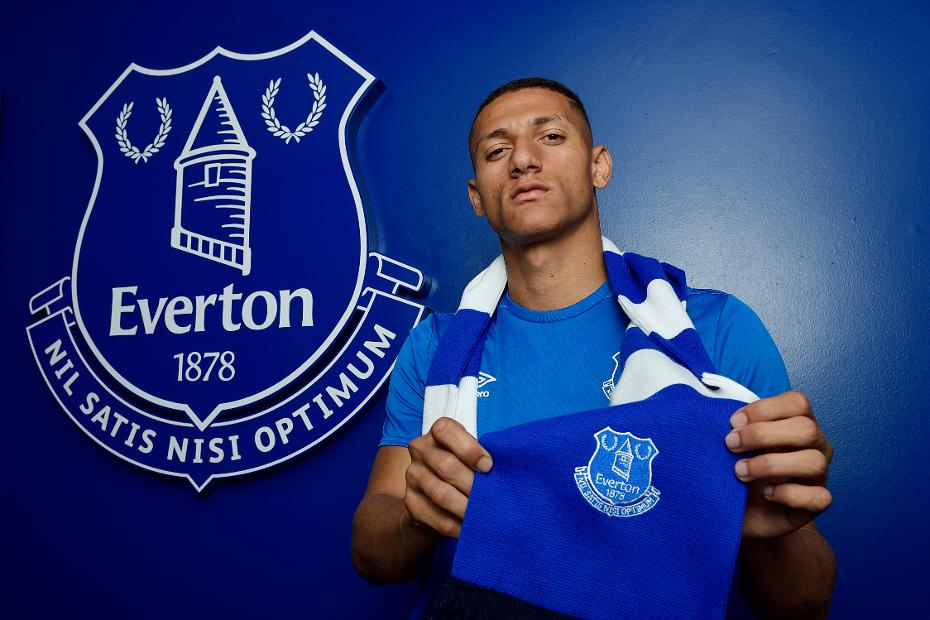 Richarlison out to make dreams a reality with Everton External Link

Everton have announced the signing of Richarlison from Watford.

The 21-year-old Brazilian has joined for an undisclosed fee after agreeing a five-year contract.

It is a move that reunites the attacking midfielder with head coach Marco Silva, under whose guidance he thrived in his first season in the Premier League at Vicarage Road.

"I want to have a lot of success with Everton," Richarlison told evertonfc.com. "I think it is going to be important for me here to be with Marco Silva again.

"I developed really well with him while he was with me at Watford. It was really good working with him and one day I believe he can help me to be selected for Brazil in the full national team.

"But that is for the future and my present is here with Everton. I want my dreams to become a reality here at one of the biggest clubs in England."

Richarlison moved to Watford from Fluminense last summer. He scored five goals in his opening 12 league matches, and provided four assists during the season.

The Brazilian is Silva's first signing since taking charge of Everton.

The Blues start their 2018/19 Premier League at Wolverhampton Wanderers on 11 August.