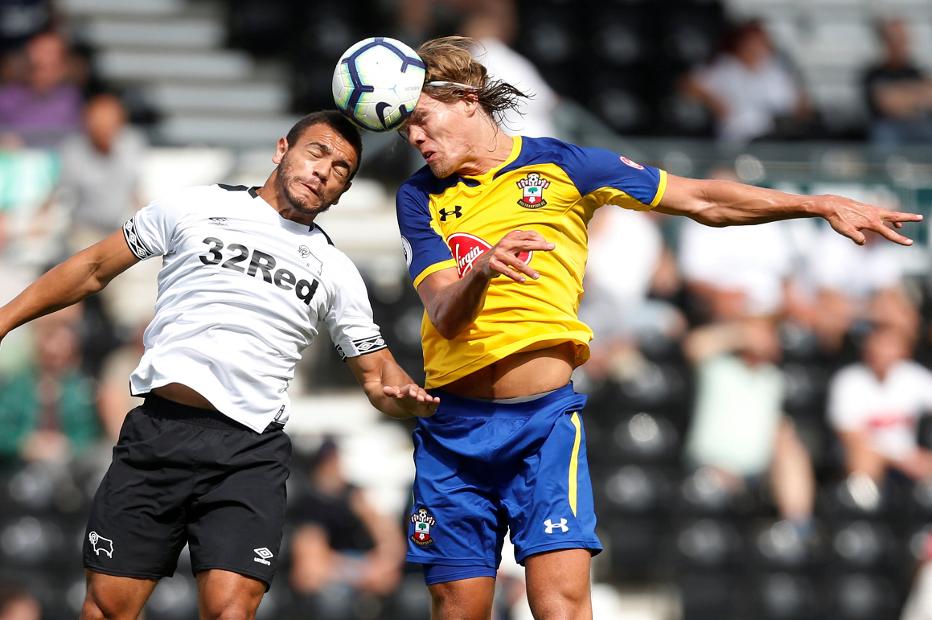 After finishing in bottom half for the first time since 2012/13, Adrian Clarke says their new signing can revive Saints

Mark Hughes has been quick to identify Southampton’s need for a towering central defender in 2018/19.

Standing at 198cm, summer signing Vestergaard could be the man to fill the shoes of Virgil van Dijk.

The 25-year-old from Borussia Monchengladbach is highly experienced in top-level football having made 185 Bundesliga appearances across the last eight seasons.

The Denmark international is known for his aerial prowess in both penalty boxes.

Southampton lost 835 aerial duels last season, the fifth-most in the Premier League and 130 more than in the previous campaign.

They also conceded 12 goals from set-pieces, the seventh-most in the competition.

Vestergaard’s height and aerial dominance should help to remedy this weakness.

An ability in the air is not his only strength. He made more blocks than anyone else in Germany’s top flight last season.

And he is also a specialist in playing out from the back. His 1,913 passes were the fourth-most of any Bundesliga defender.

Vestergaard will also fancy himself to score goals in the Premier League.

In the Bundesliga last season he averaged 0.75 shots on goal per 90 minutes, and over the course of his career his height has helped him score at a rate of one goal every 13 matches.

This is potentially good news for Saints.

Although they have a wonderful set-piece taker in James Ward-Prowse, Southampton scored only seven headed goals last season. It is a category they ranked 15th for in the Premier League.

Excellent at both ends of the pitch, Vestergaard ticks a lot of boxes for Hughes.

Hughes favoured a back three after his appointment as Saints manager in March.

Seven of his eight PL matches in charge featured that formation, with 3-4-2-1 the most used.

It is a shape that suits the players at his disposal, especially wing-backs Ryan Bertrand and Cedric Soares.

Vestergaard will likely play in the middle of a defensive trio, with Wesley Hoedt, Maya Yoshida, Jack Stephens and Jan Bednarek competing to play either side.

Six months on from Van Dijk’s move to Liverpool, there is now real depth in this area of the Southampton squad.