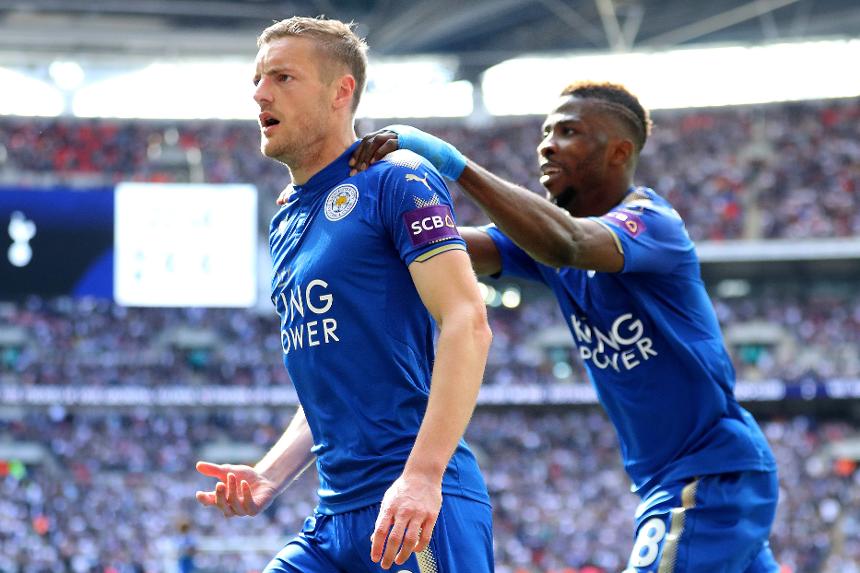 It could be costly to ignore the Leicester City striker.

Vardy has been selected by only nine per cent of Fantasy managers.

That makes him the ninth-most popular forward since the game was launched.

Roberto Firmino (£9.5m) boasts the highest ownership with 37.5 per cent, while Wilfried Zaha, Marko Arnautovic and Cenk Tosun (all £7.0m) are also in more squads than the England international.

This is despite Vardy being the second-highest scoring forward last season. His 183 points trailed only the 217 of Harry Kane (£12.5m).

Vardy was one of the most consistent goalscorers in 2017/18.

Only Mohamed Salah (£13.0m) and Kane, the two most expensive players in FPL, were more reliable.

Vardy’s role as Leicester’s penalty taker helps his cause.

Leicester start 2018/19 with a daunting trip to Manchester United.

Only two of their matches between Gameweeks 2 and 11 score more than three in the Fixture Difficulty Ranking (FDR).

Those take place in Gameweek 4, at home to Liverpool, and Gameweek 9, at Arsenal.

And even then, Vardy scored in both of those fixtures last season, including two goals at Emirates Stadium.

Indeed, he scored against every team who finished in the top six, netting 11 goals against them in total.

The summer departure of Riyad Mahrez (£9.0m) to Manchester City suggests that Vardy will be more important than ever for Leicester this season.

The opening fixtures hand him the chance to underline that importance.