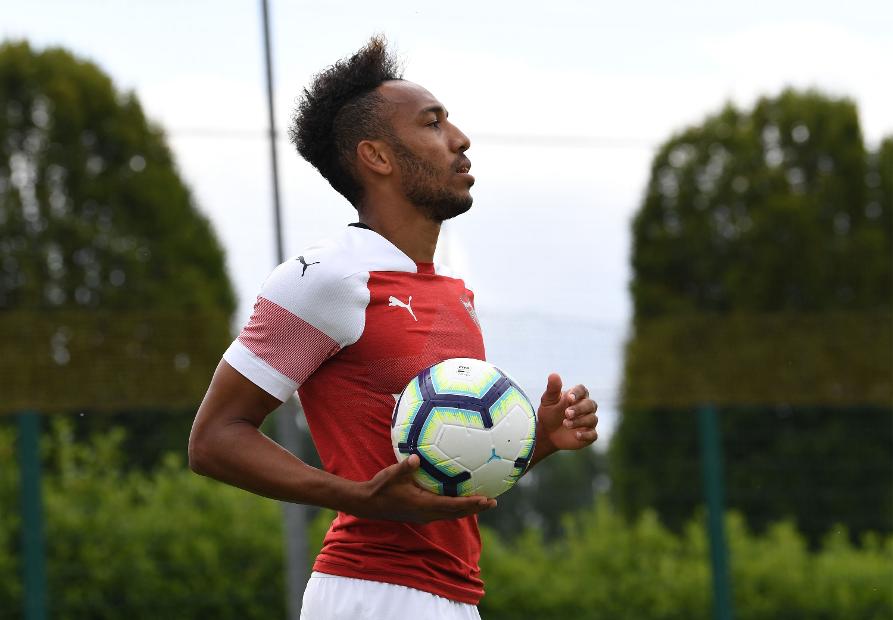 Auba on his hat-trick and working under Emery External Link
Players set to star in 2018/19: Aubameyang
The Scout's 2018/19 FPL Watchlist

The forward made an outstanding start to his Arsenal career after arriving from Borussia Dortmund in January.

He was highly consistent, too, providing either a goal or an assist in 10 of those matches.

And the Gabon international’s average of 6.7 points per match (ppm) was the second highest of any forward.

Only long-time FPL favourite Sergio Aguero (£11.0m) could better it with 6.8ppm.

The underlying numbers show why Aubameyang can continue to flourish in 2018/19.

From his Arsenal debut in Gameweek 26, no forward bettered Aubameyang’s 19 shots on target and 14 big chances.

A big chance is defined as a situation where the player receiving the pass is expected to score. It means the Arsenal striker is getting numerous opportunities for FPL points.

Managers have already noticed his potential.

He is the fourth-most popular forward in FPL, owned by 24.6 per cent.

That ownership continues to rise after a hat-trick in a friendly win over Boreham Wood earlier this month.

Aubameyang will also be well rested for the start of the season after Gabon failed to qualify for the 2018 FIFA World Cup.

Of the 10 forwards priced at £8.0m or more in FPL, he is one of only three who did not feature in Russia.

That boosts his appeal as Arsenal prepare for their first season with Unai Emery in charge.

The first goal of the @UnaiEmery_ era has arrived - and it's pure 🔥 from @Aubameyang7#UnaiBegins pic.twitter.com/LHuyMT6Smz

His opening schedule could lead to a blistering start.

Managers must look past matches against Manchester City and Chelsea in their first two Gameweeks.

Because Arsenal then embark on an excellent run of opponents between Gameweeks 3-8.

Only one of those six matches scores more than two in the Fixture Difficulty Ranking (FDR).

This can provide the platform for Aubameyang to steal a march on his rivals and secure his role as a key FPL forward.