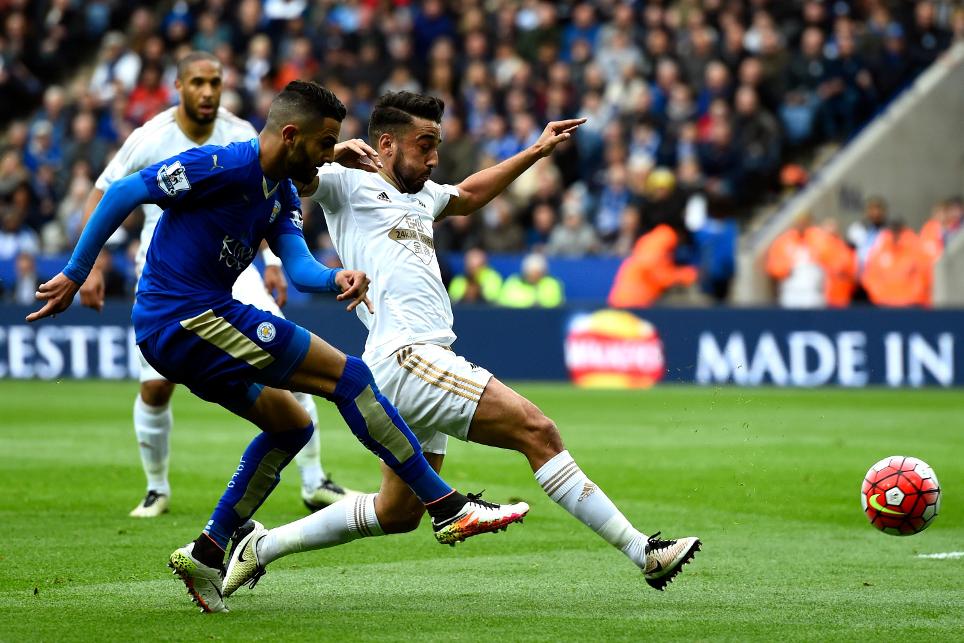 Leicester City will be without Nampalys Mendy (foot) and Jeffrey Schlupp (muscular) until after the international break but the Foxes otherwise have a fully-fit squad as they go in search of their first victory of 2016/17.

Leon Britton is set to return to the fray but record signing Borja Gonzalez has not recovered from a thigh injury. Neil Taylor has been ruled out as the Wales international continues to work towards full fitness.

Riyad Mahrez scored in each of last season’s Premier League matches against the Swans – netting a hat-trick at the Liberty Stadium and finding the net once in the return.

If Leicester lose they will be only the sixth defending top-flight champions to pick up just a single point in their first three matches of the following season (no sides have zero points).

Wayne Routledge has created more chances (nine) than any other player in the Premier League this season.

Swansea City head coach Francesco Guidolin: “We have to play with courage against them. I hope to see my players do that this weekend.”