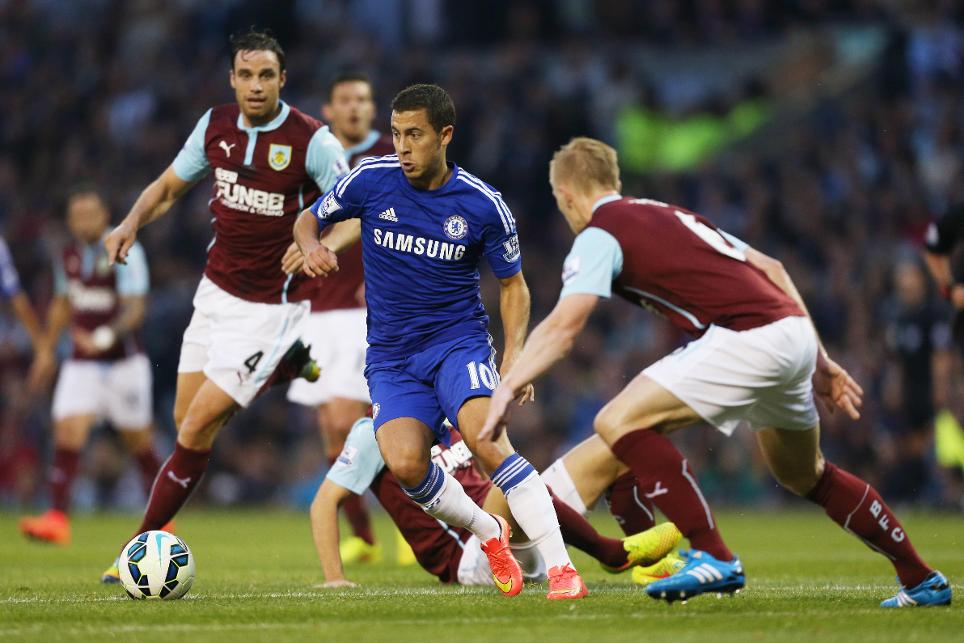 Willian returned to training on Thursday but Antonio Conte is yet to decide if the winger is fit enough for the visit of Burnley.

Kurt Zouma is still not ready to return from a long-term knee injury but Michy Batshuayi could start for the first time in the Premier League after scoring twice in the EFL Cup in midweek, adding to his strike against Watford in matchweek two.

Ashley Barnes has not recovered from a hamstriing strain and will miss out, but Jon Flanagan could feature for the first PL match since his loan move from Liverpool.

Chelsea are unbeaten in their four Premier League meetings with Burnley - winning three and drawing one.

Chelsea have been crowned champions in each of Burnley’s previous two seasons in the Premier League.

George Boyd has ran the furthest (24.9km) and made the most sprints (166) in the Premier League so far this season.

Burnley manager Sean Dyche: "We all love it when you can go to these places with a bit of freedom, take on the game and see what comes your way.”