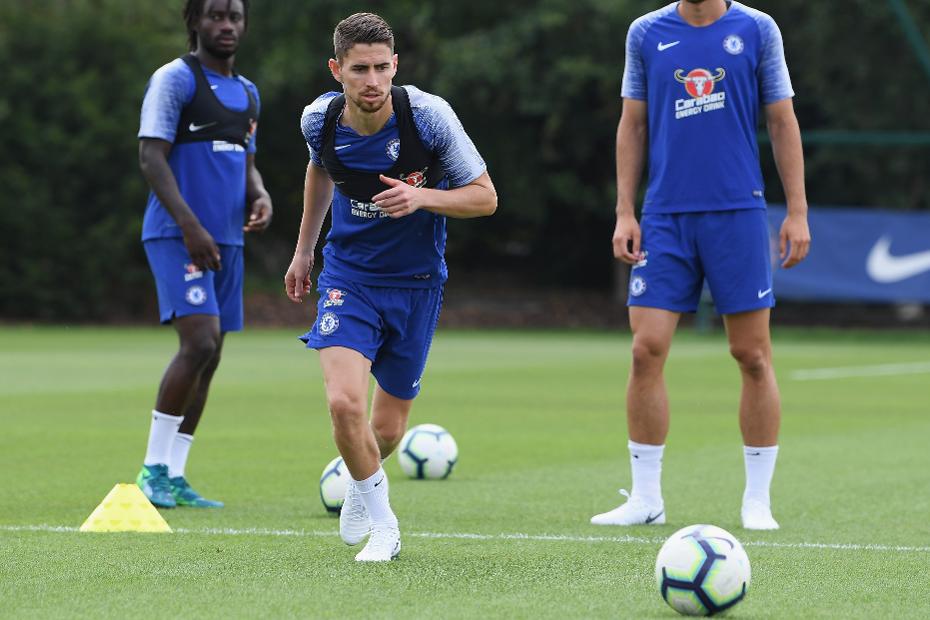 Jorginho was at the heart of Sarri's successful Napoli side, and the midfielder’s arrival indicates a shift in style for the Blues.

Sarri liked to use Jorginho at the centre of a three-man midfield in a 4-3-3.

Napoli adopted an aggressive pressing game when out of possession and played quick forward-thinking football with the ball.

To replicate this style at Stamford Bridge, Sarri must have deemed Jorginho to be an essential signing.

Chelsea can be extremely dangerous when they pass quickly between the lines and release Eden Hazard or Willian before opponents are set.

Yet during 2017/18 they found themselves passing sideways too often. This made them easier to contain.

Chelsea’s 62 goals ranked them sixth in the Premier League scoring charts and were 23 fewer than they managed in the previous campaign.

The 26-year-old has excellent positional sense and vision, enabling him to distribute the ball quickly and accurately.

"Jorginho is not a physical player, he is a technical player," Sarri has said. "The most important quality is that he is very quick in the mind, so he has the ability to move the ball very quickly."

The Italy international, who was born in Brazil, made more passes than anyone else in the top five European leagues last season, with 3,197.

But the more telling statistic is that, as the table below shows, his 1,136 forward passes were more than any Premier League player in 2017/18.

Indeed, Jorginho made 30 per cent more forward passes than the most prolific PL player in this department, Manchester City’s Fernandinho.

There is no doubt that Chelsea’s new signing will make a huge difference to the way they play.

How will Chelsea line up?

It is too early to tell how Chelsea’s midfield will be configured under Sarri, but it would be a surprise if he did not use Jorginho in the deep-lying role.

Jorginho loves to receive passes in between the two central defenders and probe from those areas.

This will in theory push N’Golo Kante slightly further forward, with Tiemoue Bakayoko or Cesc Fabregas completing the unit.

Jorginho will not solely sit in front of the defence though. When Chelsea press you can expect to see him pushing on and engaging inside the opposition’s half.

Sarri’s Napoli changed into a 4-4-2 when closing teams down and a 4-5-1 when retreating behind the ball.

Jorginho is not a powerful-looking midfielder but he has a dominant manner.

He and Kante are capable of setting a tremendous tempo from the middle, offering great quality with and without the ball.

It will be fascinating to observe the impact Jorginho makes at Stamford Bridge.