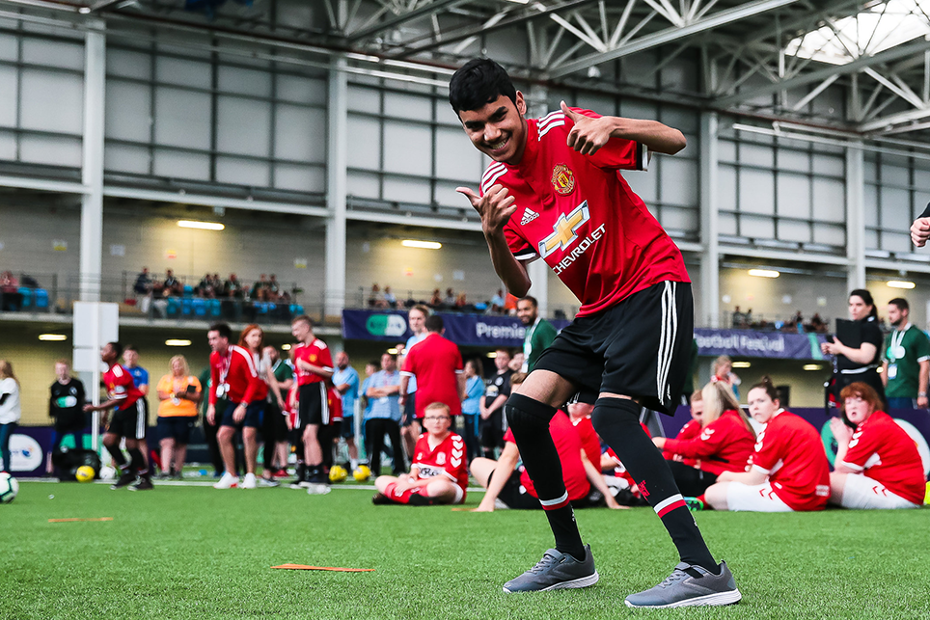 This week in Manchester, nearly 200 people, representing 23 football clubs from around the country, took part in the PL/BT Disability Football Festival at Manchester City's Etihad Campus.

Here we tell the story of a memorable day.

The 2018 PL/BT Football Festival gave participants the opportunity to show their skills and gain confidence at the home of the Premier League champions.

The participants took part in various drills, including, tricks and flicks, turning and shooting.

Former Wimbledon, Arsenal and West Ham United striker John Hartson was inspired by the spirit of the players.

"This is what it's all about"@JohnHartson10 believes the #PLBTDisability Programme is a brilliant initiative to help children express themselves pic.twitter.com/yGD2Qg8kjG

There was plenty of time to take a selfie with the Premier League Trophy and to perform some well-rehearsed goal celebrations.

A sensory room was set up to show how clubs are helping fans with sensory difficulties enjoy the game.

While he also met the participants taking part.

And one Spurs player won a big fan in Hartson.

My favorite kid of the day .. Stella 👍🏻❤️ pic.twitter.com/kBM7I0EJDR

There was also the chance for the players to take part in a pan-disability competitive tournament, which allowed participants with various disabilities to come together and play.

And for BT Sport presenter Abi Stephens, it was a humbling day.

The Festival celebrates the work of the PL/BT Disability Sport programme, which is delivered by 25 clubs.

📰 The Club took part in the #PLBTDisability festival yesterday - a @PLCommunities event which aims to inspire disabled people through sport.

A huge thank you to @citctweets for hosting a great day at the #PLBTDisability Football Festival!

Well done to all involved - we had a fantastic day! 👍 pic.twitter.com/qqiEszB0Mw