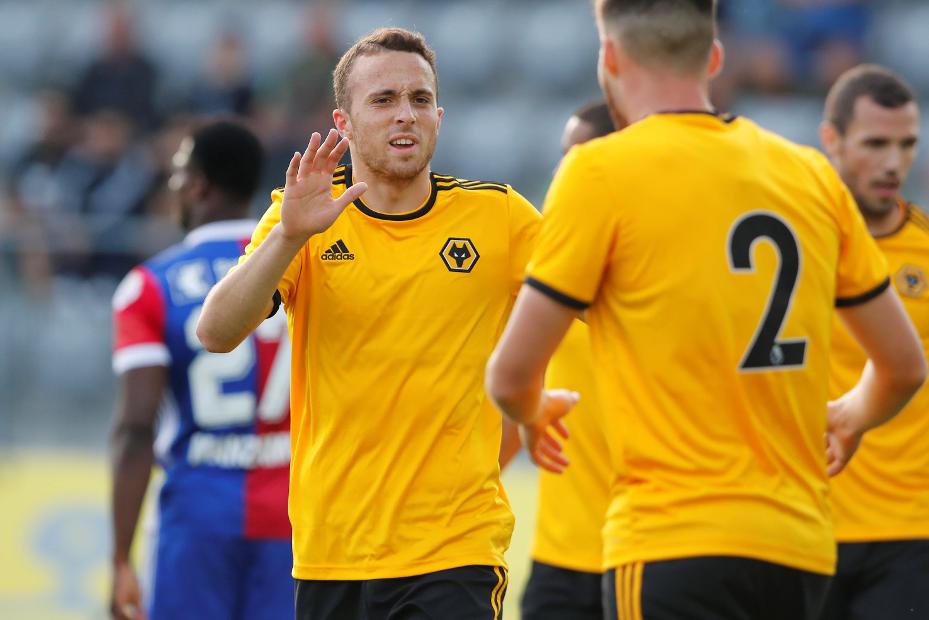 He was the top scorer for Championship winners Wolverhampton Wanderers last season.

The 21-year-old hit 17 goals and produced five assists in 44 appearances.

His scoring streak continued as he struck the winning goal against Basel in Wolves' opening pre-season match last week.

.@DiogoJota18 finished off a stunning move as @Nuno's side beat Swiss giants @FCBasel1893 at the Tissot Arena in Biel.

Stationed on the left of a front three in a 3-4-3 formation, Jota is classified as a midfielder in FPL.

That advanced role can give the Portuguese the edge over team-mate Ruben Neves (£5.0m) as a source of attacking points.

Due to his low cost, he is the most popular Wolves player, owned by 16 per cent compared with Jota’s 7.9 per cent.

But the underlying statistics suggest Jota could be the more productive of the two.

He ranked second overall for shots on goal in the Championship last season, firing a total of 120 efforts to Neves’s 93.

Poacher in the box

And when it comes to shots inside the opposition penalty area, Jota bettered Neves by 39 attempts to zero.

He also had the edge for creativity, producing 53 key passes to Neves's 37.

Only two of their first 10 matches score more than three in the Fixture Difficulty Ranking (FDR).

Factor in Jota’s superior attacking threat, and managers might consider the extra outlay over Neves well worth it when selecting their opening squads.