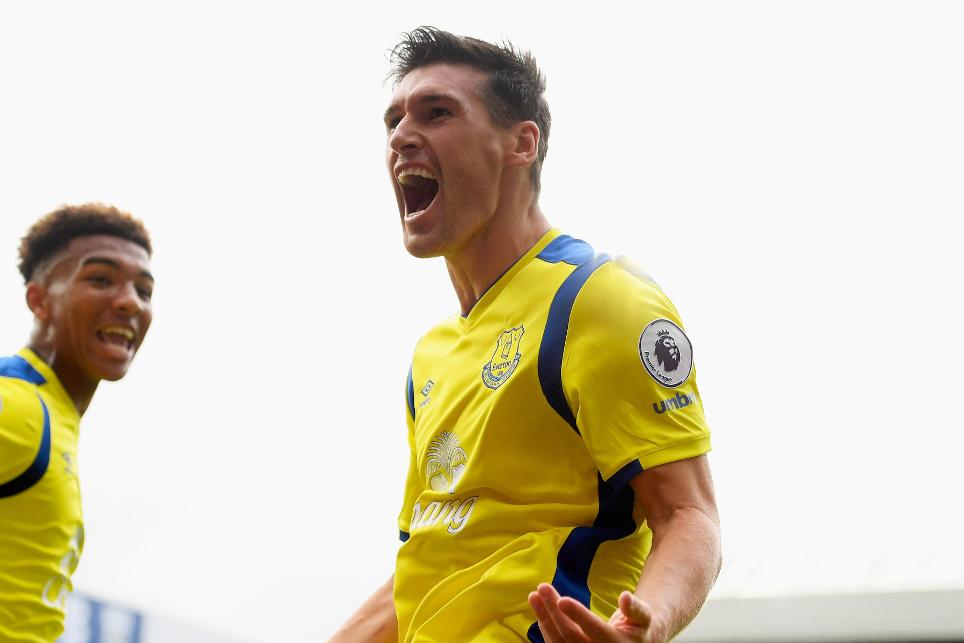 Pulis on Toffees reverse at The Hawthorns External Link

Mason Holgate (£4.5m) earned two bonus points with 28 BPS thanks to his assist for Barry’s winner. The 19-year-old defender also completed two dribbles and made nine recoveries in an eye-catching display.

Barry also came out on top in the ICT Index, registering 11.0 – an impressive return considering he managed double figures in the Index on just two occasions last season.

Surprisingly, Barry scored 54 for Threat with Romelu Lukaku (£9.0m) the only other player to match his two efforts on target.

Ross Barkley (£7.6m) was the most inventive player in the Everton ranks. He scored 30 for Creativity, trailing only West Bromwich Albion’s James McClean (£5.0m) who registered 57.

Barkley made 20 successful passes in the final third, more than any other player.

Holgate’s performance will give Koeman food for thought with Ashley Williams (£5.0m) primed to make his first start in the Gameweek 3 meeting with Stoke City. Holgate would seem the most likely to make way with Ramiro Funes Mori (£5.0m) and Phil Jagielka (£5.0m) completing Everton’s back three.

The introduction of Yannick Bolasie (£6.0m) and Romelu Lukaku from the bench demonstrated Everton’s new squad depth; the pair will also be pushing for starts against Stoke. That could see one or both of Kevin Mirallas and Gerard Deulofeu (both £6.5m) drop out.

In contrast, Ross Barkley looks an assured starter. Only two midfielders, Philippe Coutinho of Liverpool and Etienne Capoue of Watford, have scored more Influence in the ICT Index so far this season.

For West Brom, Craig Gardner’s (£5.5m) impressive start to the season continued. He provided the assist for Gareth McAuley’s (£4.5m) opener and has created seven chances in total this term.

Salomon Rondon (£6.5m) continues to look threatening up front, he was restricted to just two attempts by Koeman’s defence, though both came from inside the box.