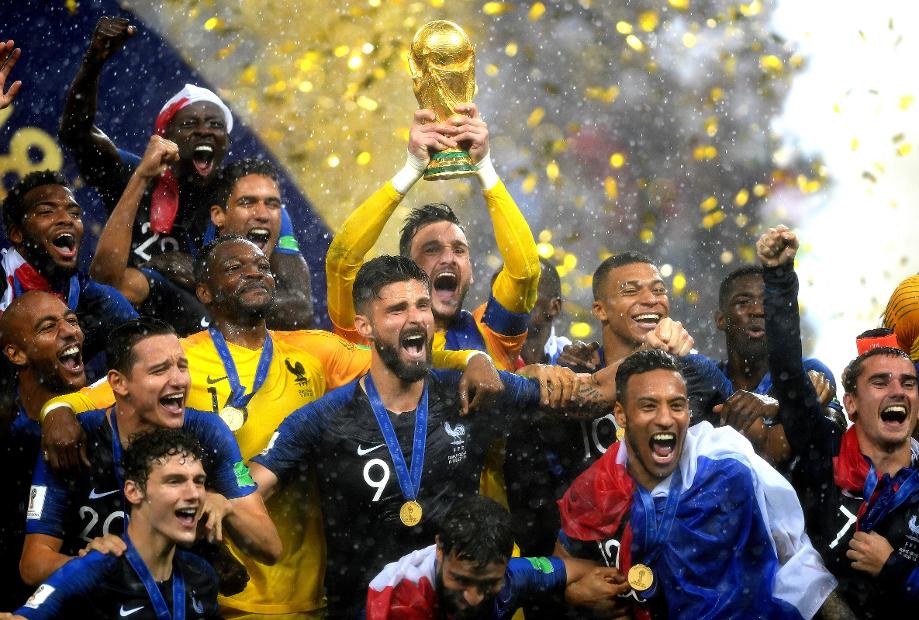 Nicky Butt: We are all proud of Paul External Link

Paul Pogba and Hugo Lloris wrote themselves into history as France beat Croatia 4-2 to win the 2018 FIFA World Cup.

The strike from Pogba to make it 3-1 was the first goal in a World Cup final by a Manchester United player and the first by a Premier League player since Pogba's compatriot Emmanuel Petit found the net in 1998.

There was disappointment for Croatia and Liverpool defender Dejan Lovren.

Harry Kane claimed the Golden Boot for his six goals for England, while Chelsea and Belgium goalkeeper Thibaut Courtois won the Golden Glove.