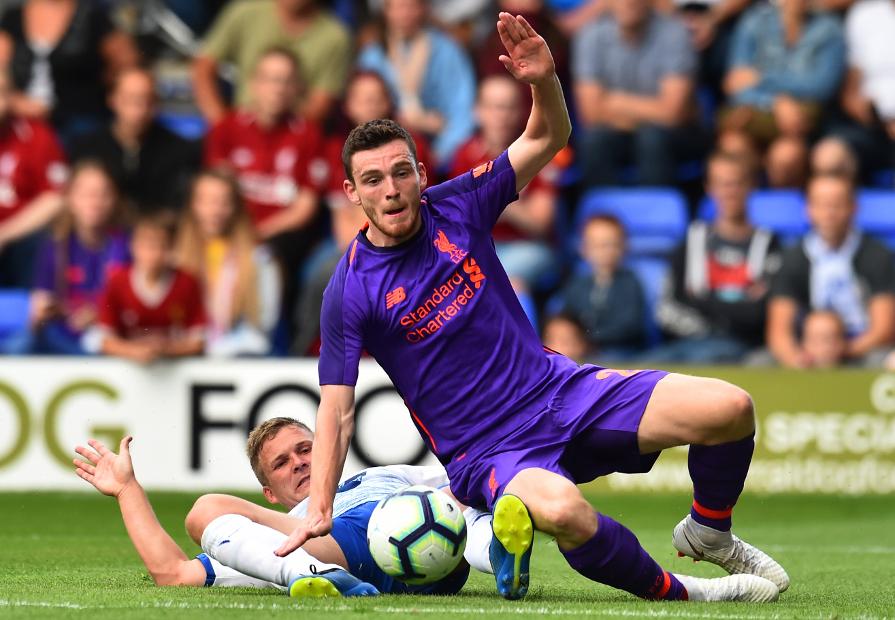 The Liverpool left-back can build on last season’s displays to become a key defensive target.

After signing from Hull City last summer, he featured only twice in the opening 14 Gameweeks.

But once established as a regular starter, he produced a goal, five assists and 10 clean sheets in 22 appearances.

His average of 5.0 points per match (ppm) was joint-top for an FPL defender.

From Gameweek 15, Robertson created six big chances, a situation where the player receiving the pass is expected to score.

That was matched only by Hector Bellerin (£5.5m) of Arsenal among defenders.

Liverpool's defensive prospects were boosted midway through last season by the arrival of Virgil van Dijk (£6.0m) from Southampton.

They claimed eight clean sheets, more than any other side, after the Dutchman made his Premier League debut in Gameweek 24.

And no team conceded fewer goals than Liverpool’s 10 in that period.

Robertson’s team-mate Trent Alexander-Arnold (£5.0m) is the third-most most popular defender in FPL so far.

Alexander-Arnold is owned by 19.2 per cent. That compares with the Scot’s 15.9 per cent, which makes him the sixth-most owned FPL defender.

But it is left-back Robertson who could enjoy the security of starts and benefit from a favourable opening run of opponents.

Only one of Liverpool’s first six matches scores more than three in the Fixture Difficulty Ranking (FDR).

That is in Gameweek 5, when they visit Tottenham Hotspur.