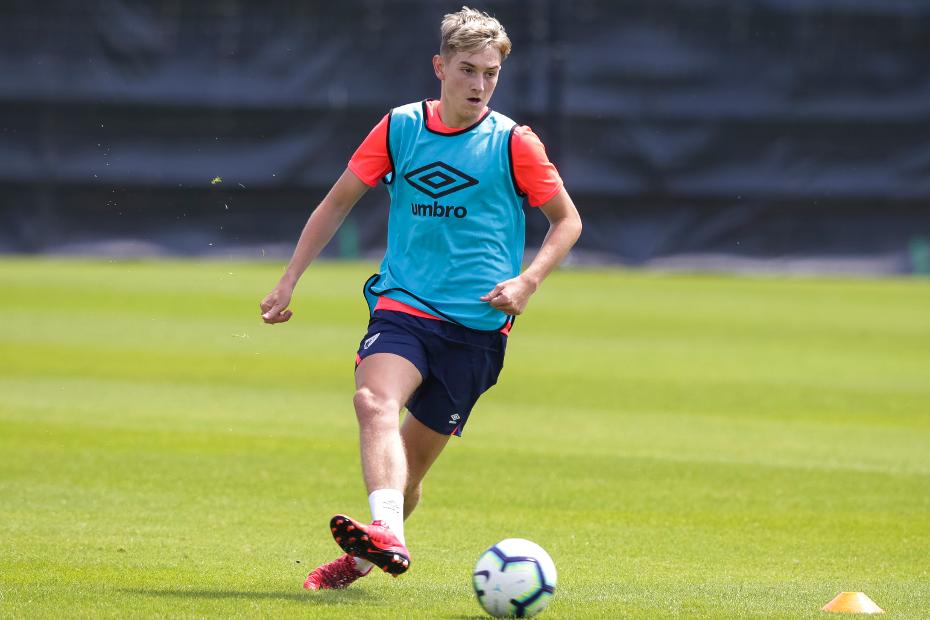 Howe: Brooks can be our next British hero

Outside the top six, no Premier League team created as many chances or had more shots on target last season than AFC Bournemouth.

Under Eddie Howe the Cherries continue to be one of the competition’s most adventurous sides.

Their philosophy should mean that Brooks fits in perfectly at Vitality Stadium.

What type of player?

The 21-year-old attacking midfielder will provide plenty of skill and guile inside the final third.

He attempted 7.93 dribbles per 90 minutes last season and relishes one-v-ones in central or wide areas.

By comparison the Premier League’s most prolific dribblers, Wilfried Zaha and Eden Hazard, attempted 8.06 and 6.29 respectively per match last season.

Brooks has end product, too. He scored three goals and created a chance every 37 minutes last season as a No 10 for the Blades.

Where is he most influential?

He is at his best in pockets of space between midfield and attack.

That means he is likely to compete with Joshua King, Junior Stanislas and Jordon Ibe for a starting place in support of the main striker.

From that position he has the quality, particularly with his left foot, to release Callum Wilson and Jermain Defoe.

Both centre-forwards enjoy making runs in behind the opposing defence and Brooks could be the player with the best ability to find them.

AFC Bournemouth supporters will enjoy Brooks’s positivity and trickery on the ball.

But at 21 years of age and with no top-flight experience, patience may be required for him to settle in.

Brooks may be best deployed initially by Howe as an impact substitute. It is a role he performed well last term, with only nine of his 30 appearances coming as a starter.

Once he settles in, the Welshman can became an integral figure in the Premier League.

Looking at his profile and style of play, Brooks appears tailor-made to develop under Howe.