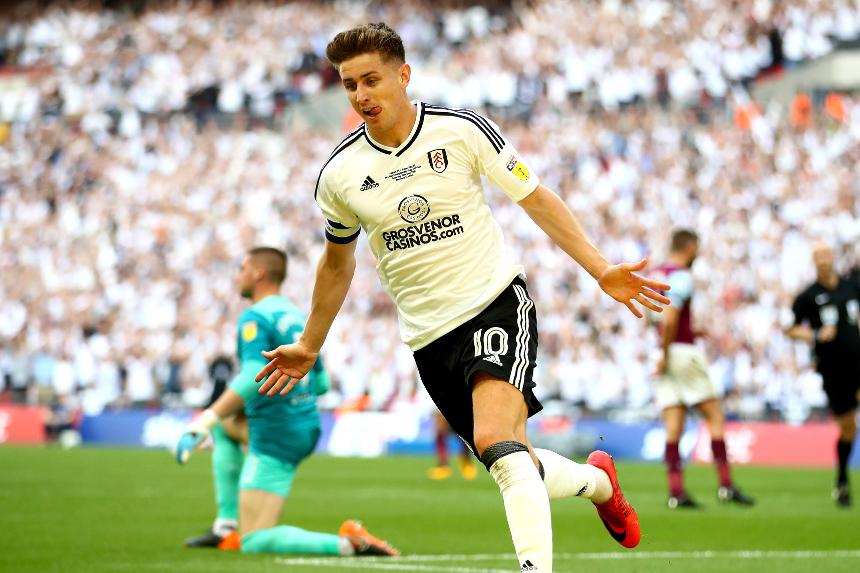 Cairney: All I ever wanted External Link

Tom Cairney says Fulham are back where they belong in the Premier League after pledging his future to the club with a new five-year deal.

The 27-year-old midfielder stated when he joined the club three years ago from Blackburn Rovers he felt he was moving to a top-flight side.

In May, Cairney helped make it happen with the only goal in the Championship play-off final against Aston Villa.

"When I came to Fulham in 2015 and said that, I did believe that this club belonged here [in the Premier League], but to do it in the fashion that we did, I never could have dreamt of that," Cairney told Fulham’s official website.

"I couldn't ask for a better way to do it, with better boys, and to do it as captain is something special.

"I've committed my future again to Fulham, and it's all I ever wanted to do from the start."

Cairney has not tired of seeing his decisive strike at Wembley Stadium.

"I've watched that goal from many angles," he says. "I like the Spidercam one, that's my favourite."

Cairney and Fulham start their return to the Premier League at home to Crystal Palace on Saturday 11 August.