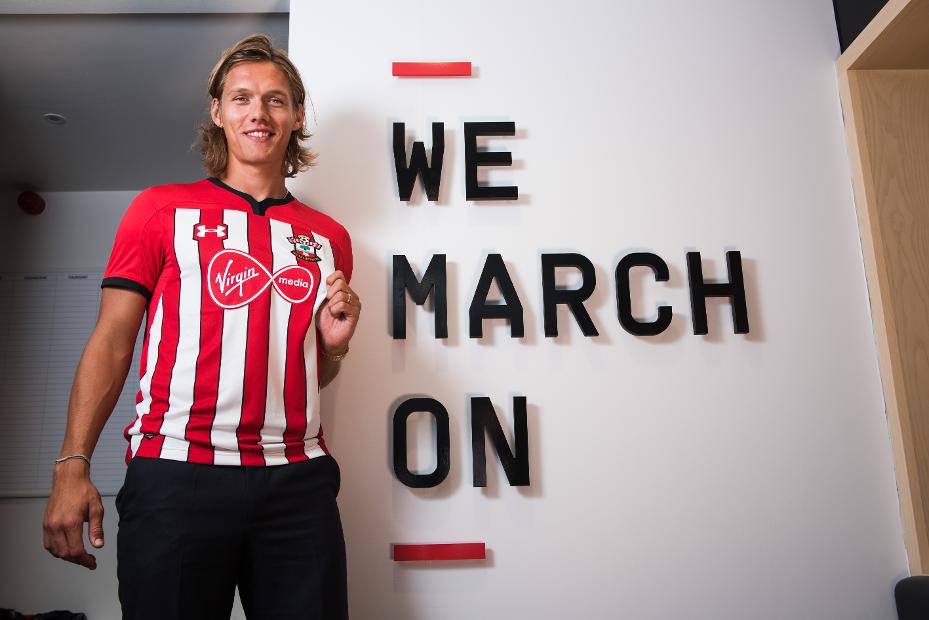 Southampton have announced the signing of defender Jannik Vestergaard from Borussia Monchengladbach.

The 199cm centre-back has signed a four-year contract to move to St Mary's Stadium for an undisclosed fee.

Vestergaard, 25, was part of the Denmark team who reached the last 16 of the 2018 FIFA World Cup.

"I knew of the interest before the World Cup," he told the club's official website.

"The club has followed me for quite some time and done a lot of scouting, which is also a good sign for me that they know my strengths and weaknesses."

He is Mark Hughes's fourth signing of the summer, after Stuart Armstrong, Mohamed Elyounoussi and Angus Gunn.

Vestergaard will join up with his new club next week.

Southampton start the 2018/19 Premier League at home to Burnley on Sunday 12 August.

Defender @JVestergaard7 speaks of his excitement after putting pen to paper on a four-year deal at #SaintsFC 😇 pic.twitter.com/vJInaUtkJY