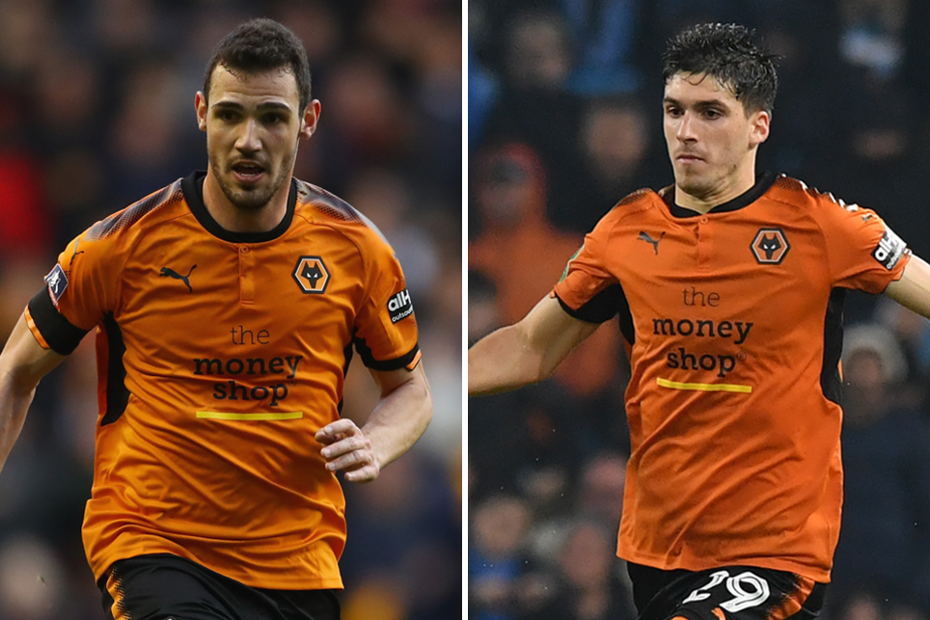 The pair were on loan at Molineux last season and played a key role in helping Nuno Espirito Santo's side win promotion to the Premier League.

And Wolves have now triggered options to sign the pair permanently.

Forward Bonatini, 24, who scored 12 goals in 43 Championship appearances last season, has agreed a four-year deal after joining from Saudi side Al-Hilal.

Vinagre, a 19-year-old left-back, has signed a five-year contract and joins from AS Monaco.

Both have moved for undisclosed fees.

"Leo Bonatini was unstoppable for a long stretch last season - his goals played a huge part in our promotion - and we have no doubt he can reproduce that kind of goalscoring form in the Premier League," Wolves sporting director Kevin Thelwell told the club's official website.

"Ruben Vinagre is a hugely exciting prospect, and we are really looking forward to him developing further under Nuno's tutelage."

Both will be hoping to make their Premier League debuts when Wolves host Everton on the opening weekend of 11-12 August.