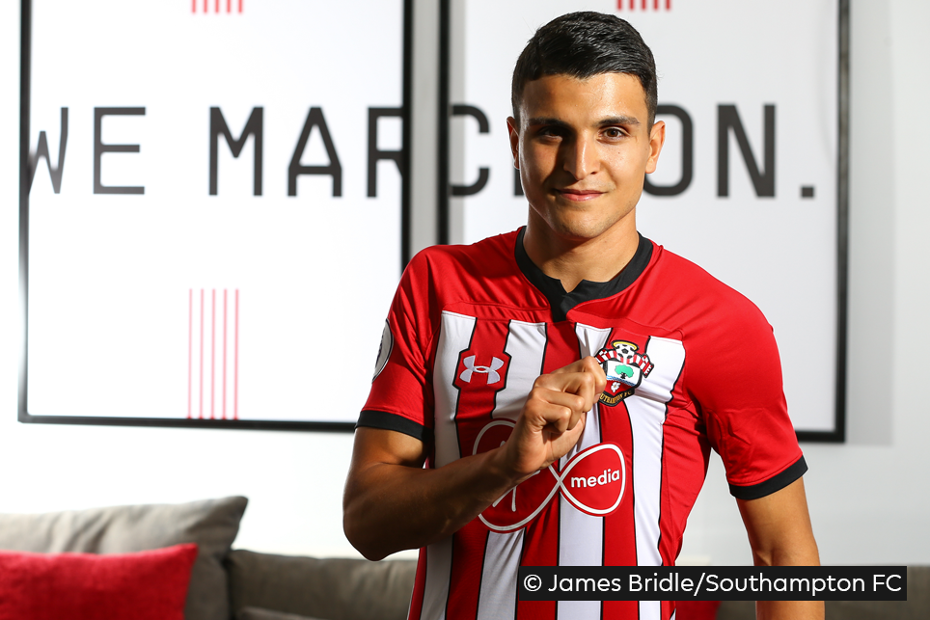 Southampton have announced the signing of Mohamed Elyounoussi from FC Basel.

The Norway international joins Saints for an undisclosed fee on a five-year deal.

"I'm a hard worker on the pitch and I like to create chances, either for me or to play others through," Elyounoussi told Southampton's official website.

The 23-year-old, who can play as a forward or winger, is Mark Hughes's second summer signing as manager.

He follows attacking midfielder Stuart Armstrong, who arrived from Celtic on Tuesday.

Elyounoussi scored 13 goals for Basel last season and helped the Swiss side reach the last 16 of the UEFA Champions League, where he netted against Manchester City.

He will aim to make his Premier League debut when Southampton kick off their 2018/19 campaign at home against Burnley on the opening weekend of 11-12 August.