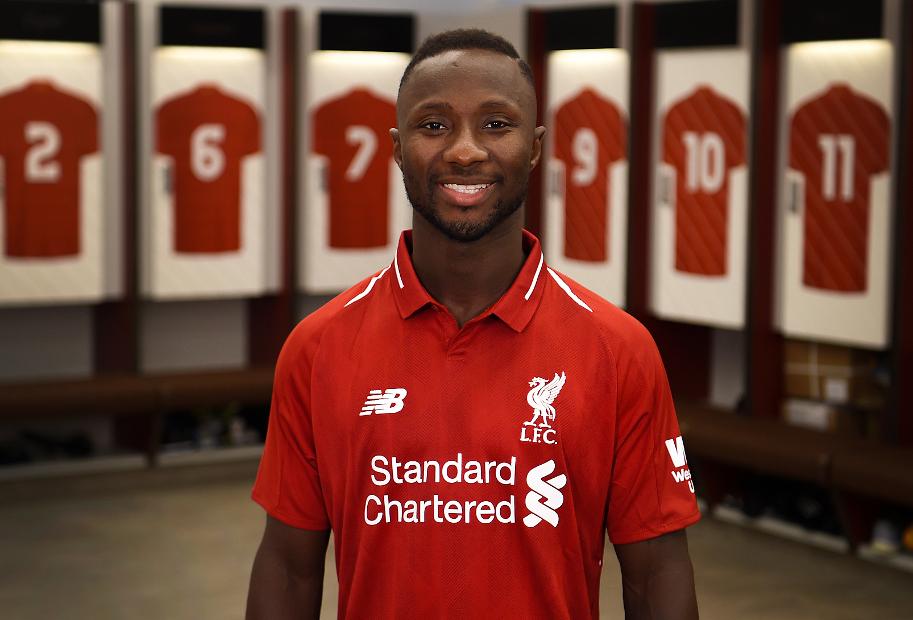 Keita: Gerrard handed me the No.8 jersey External Link

Liverpool's new No 8 is hoping to follow in the footsteps of the club's most iconic wearer of the shirt in the Premier League era.

Naby Keita says it is his goal to play like Steven Gerrard after being personally given the famous jersey by the former Reds captain himself.

Gerrard acquired legendary status with 120 goals in 504 appearances for Liverpool, and Keita will become the first player to pull on the No 8 shirt since the Anfield great last did so in May 2015.

"When he came in I looked and him and said, 'wow', because he is a legend," Keita told liverpoolfc.com.

"If somebody like that gives you his shirt number, it's not to play around with, it is to try and do as much as he did – that's my motivation."

The midfielder from Guinea will hope to make his Premier League debut when Liverpool begin the 2018/19 campaign at home against West Ham United on the weekend of 11-12 August.

The video you’ve been waiting for...