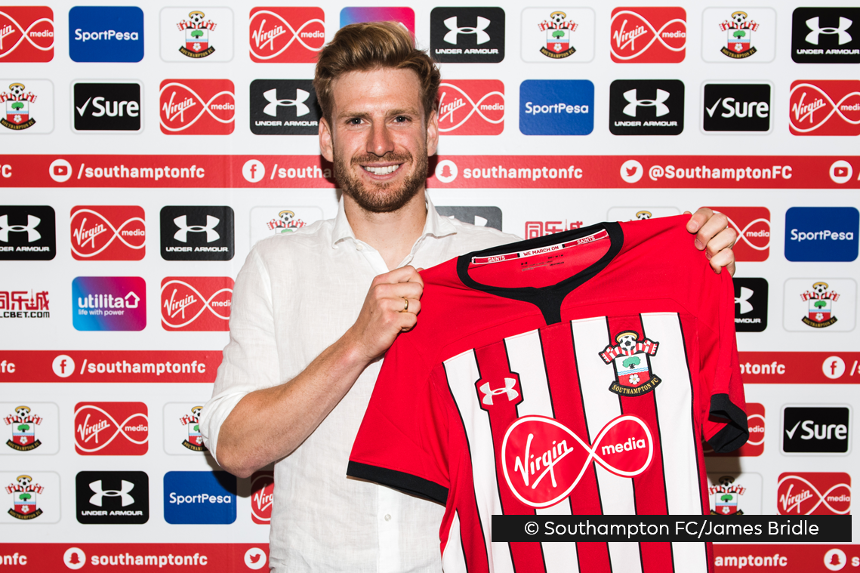 Southampton have completed their first signing of the summer transfer window in Stuart Armstrong from Celtic.

The 26-year-old attacking midfielder has agreed a four-year deal with Southampton, joining for an undisclosed fee.

"Southampton seem a really good fit for me," he told the club's official website. "Watching from afar, I really enjoy the attractive football that they play."

Armstrong scored 23 goals in 98 appearances for Celtic, helping them to four Scottish Premiership titles after joining from Dundee United in 2015.

Armstrong will hope to make his Premier League debut when Southampton begin their 2018/19 campaign at home to Burnley on the weekend of 11-12 August.

"Every season that I play I always put demands on myself to create goals and score goals."