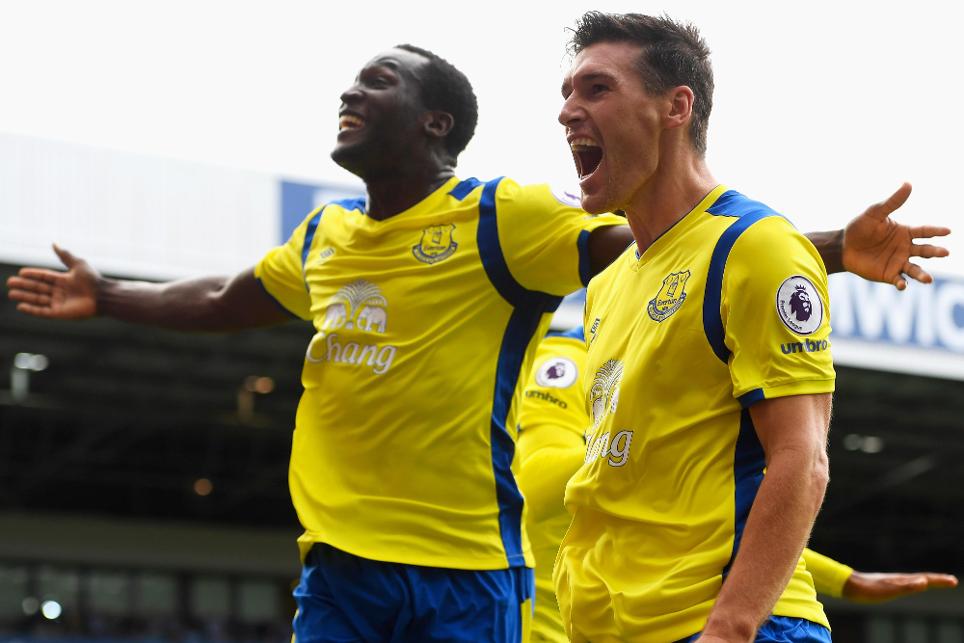 Everton came from a goal down to beat West Bromwich Albion and secure manager Ronald Koeman’s first victory in charge courtesy of strikes from Kevin Mirallas and Gareth Barry.

Tony Pulis' team achieved a morale-boosting away win against Crystal Palace on the opening weekend, and Northern Ireland international Gareth McAuley’s towering header put them ahead after Salomon Rondon’s effort on the turn had been deflected out for a corner.

However, two minutes into first-half stoppage time Koeman’s men were back on level terms at The Hawthorns when winger Mirallas exchanged passes with Ross Barkley and slotted a smart acute finish low into the corner.

It was then Ben Foster’s turn to pull off a last-ditch save, deflecting away Ramiro Funes Mori’s header. From the resulting corner Mason Holgate’s shot into the ground was nodded in by Barry right next to the post to send Koeman’s side into the lead on the hour.

Barkley and Romelu Lukaku spurned late chances to extend Everton's lead but the visitors held out to take all three points back to Goodison Park.