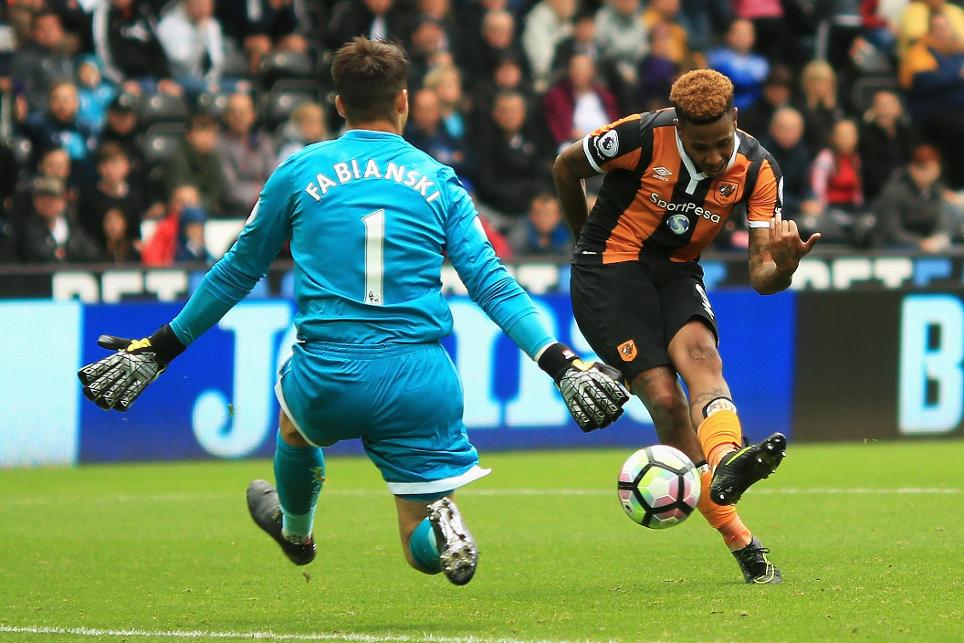 Substitute Shaun Maloney scored one goal and had a hand in the other as Hull City maintained their 100% start to the season by inflicting Swansea City's first home defeat since February.

Maloney replaced Adama Diomande in the 73rd minute and had opened the scoring within six minutes – chesting the ball home from close range after Curtis Davies headed on a right-wing corner.

Maloney then turned provider – prodding a Robert Snodgrass pass into the path of Abel Hernandez, who coolly slotted the ball past Lukasz Fabianski, who had denied the striker from another chance moments earlier.

Swansea’s Gylfi Sigurdsson came closest to breaking the deadlock in the first half as his fierce shot was tipped on to the bar by Tigers goalkeeper Eldin Jakupovic.

The victory meant it was the first time Hull had won their first two matches in a Premier League season, following last Saturday’s triumph over champions Leicester City.