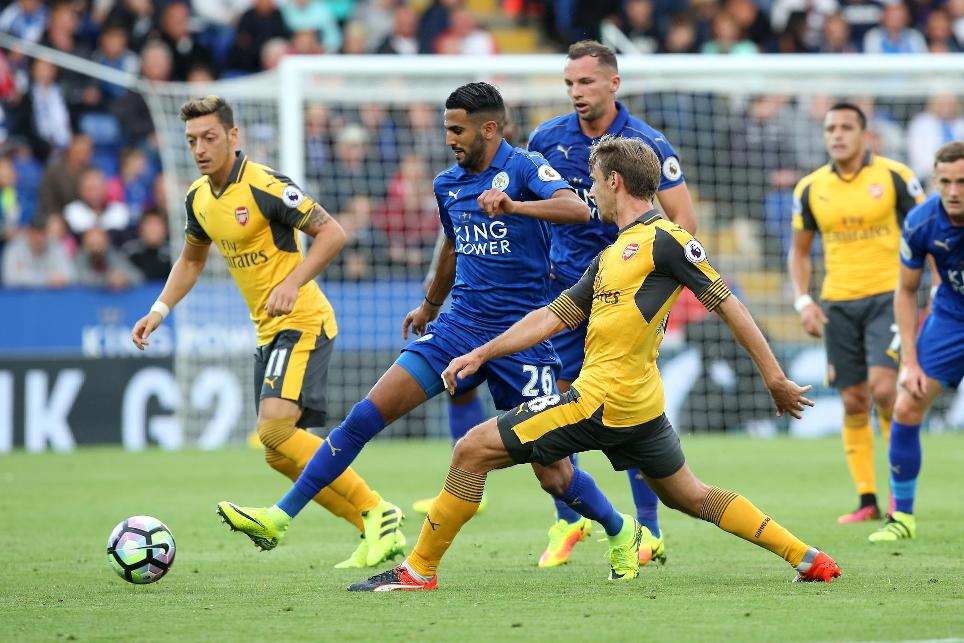 Leicester City and Arsenal are still both looking for their first wins of the season after the two sides shared a goalless draw at the King Power Stadium.

On route to the Premier League trophy last season Claudio Ranieri’s Leicester only failed to score in three matches but were held as both defences stood out, with the Arsenal back line strengthened by the return of Laurent Koscielny. Robert Huth also started for the first time for the defending champions.

Jamie Vardy raced into Arsenal’s penalty box within the first minute and forced a last-ditch clearance from the Arsenal back line. Alex Oxlade-Chamberlain provided Arsenal’s first real opportunity, cutting in from the left and whipping a long range strike narrowly wide of the far post.

Petr Cech raced off his line to block Riyad Mahrez’s sublime through-ball and Leicester’s claims for a penalty when Danny Drinkwater fell under the challenge of Laurent Koscielny were waved away by referee Mark Clattenburg.

Leicester’s hopes were hit when new signing Nampalys Mendy was forced off during the first half after twisting an ankle.

As the match opened up in the second half, Mahrez curled a ferocious free-kick just over the bar before Vardy latched on to Marc Albrighton’s delivery but his shot cannoned well wide.

Arsene Wenger’s men responded with Theo Walcott firing straight at Schmeichel. Their play improved with the arrival as a substitute of Mesut Ozil, who sparked a new attacking intensity.

As the final whistle loomed the home side came closer to scoring. Ahmed Musa collided with Hector Bellerin in the box but his claims for a penalty were turned down.

Cech was called upon once again in the closing stages, smothering a close-range Mahrez effort from the right, as Arsenal, a week after conceding four goals to Liverpool, gained a vital point.