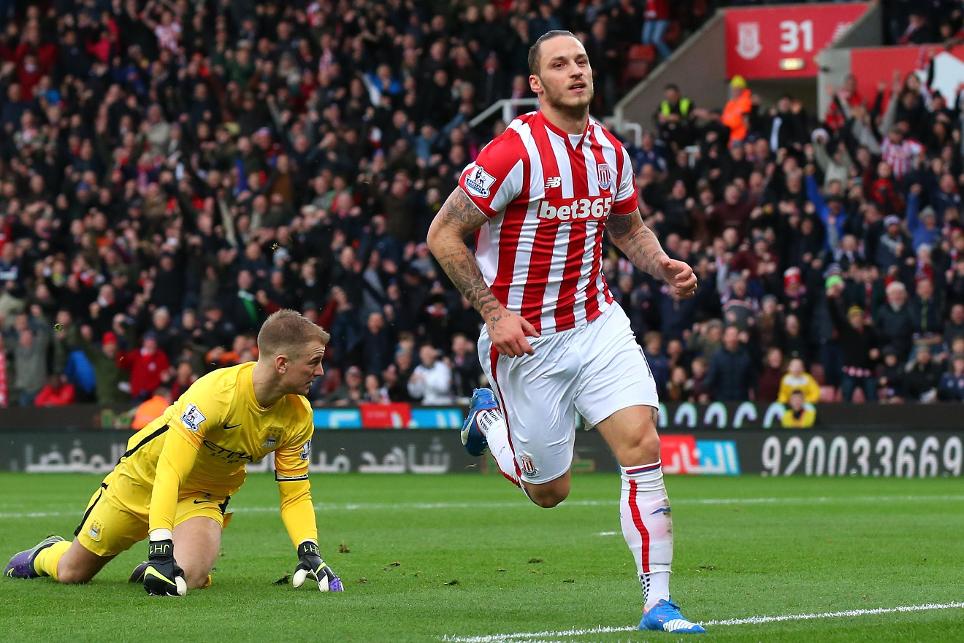 City travel to the bet365 Stadium having squeezed past Sunderland on the opening weekend, while Stoke required a Xherdan Shaqiri free-kick for a 1-1 draw with Middlesbrough.

Shaqiri played a pivotal role in Stoke’s 2-0 victory in this fixture last season, assisting both of Marko Arnautovic’s goals as the hosts stormed into a two-goal lead inside 15 minutes.

Although the Swiss winger is a doubt with a calf injury (See: Stoke v Man City), Hughes has called on his side to “overpower and outplay” City for the second successive season.

“We had some really great performances last year, but that one really figures quite high in a lot of people’s lists,” Hughes told stokecityfc.com.

“On the day we were significantly better than them, overpowered them physically and asked questions of them in key areas of the field.

“We need to do more of the same. They have new players and a new manager with new ideas which makes it a little bit more difficult to prepare for but we’ll give it our best shot and we are encouraged by last week."

Guardiola was reminded of the cliches of the difficulties of playing at Stoke at his press conference, but was undaunted.