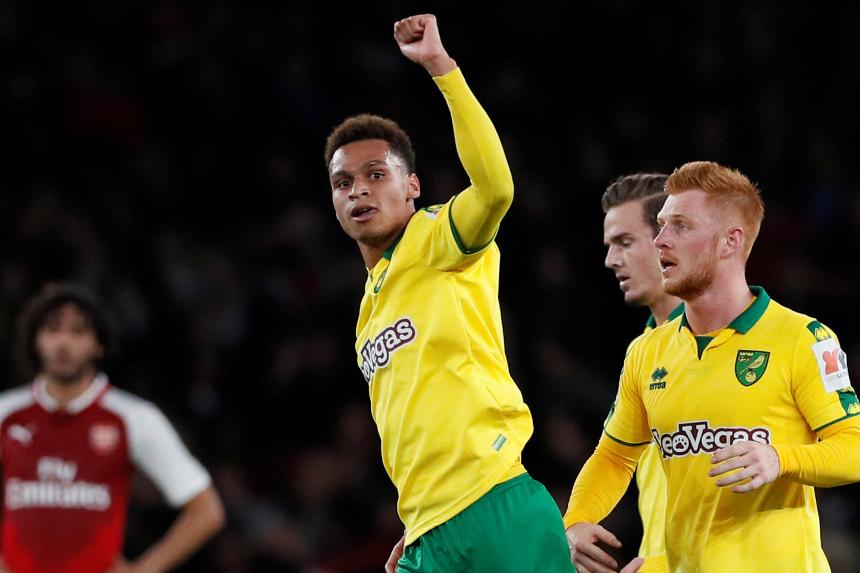 Cardiff City are not a team wedded to the idea of dominating possession, but they will need to be sharp on the counter-attack on their Premier League return.

With this in mind, Josh Murphy looks a useful addition to their team.

The 23-year-old has pace and is a good runner with the ball.

His brief from manager Neil Warnock will be to take the Bluebirds upfield at speed from the left wing or down the middle.

Murphy's greatest strength is his ability to strike the ball cleanly with both feet.

Last season he scored three goals with his left foot and four with his right.

He averaged 3.51 shots per 90 minutes. That was more than the 2.17 of Junior Hoilett and the 1.76 of Nathaniel Mendez-Laing, the Cardiff players with whom he he is expected to compete for a start.

He is capable of the spectacular too.

Murphy curled in a magnificent 25-yarder with his left foot against Aston Villa last term, and in the previous campaign he scored a solo effort at Everton in the EFL Cup.

This two-footedness makes him a difficult player to predict. He is capable of delivering magical moments and could be a match-winner for Cardiff.

It will be interesting to see whether Warnock opts to use Murphy as a winger. He demands great defensive concentration from his wide men.

Cardiff’s full-backs are often instructed to follow the players they are marking infield.

That means the likes of Hoilett and Mendez-Laing must drop into deeper areas as a matter of course.

These are not natural situations for Murphy, who made only 0.9 tackles and 0.2 interceptions per match for the Canaries last season.

During pre-season his new manager will have to work hard on improving his defensive contributions.

Warnock's teams are not known for their passing football, but once in advanced areas he loves to encourage his players to run at defenders.

Hoilett and Mendez-Laing did this brilliantly last term, and Murphy is in the same mould. He will make the Bluebirds more potent on the break.

To become a fixture in the starting XI, though, the Norwich Academy graduate must improve his efficiency.

Murphy is a gifted forward who can score quality goals, but there is room for growth in his all-round game. Perhaps Warnock can help.