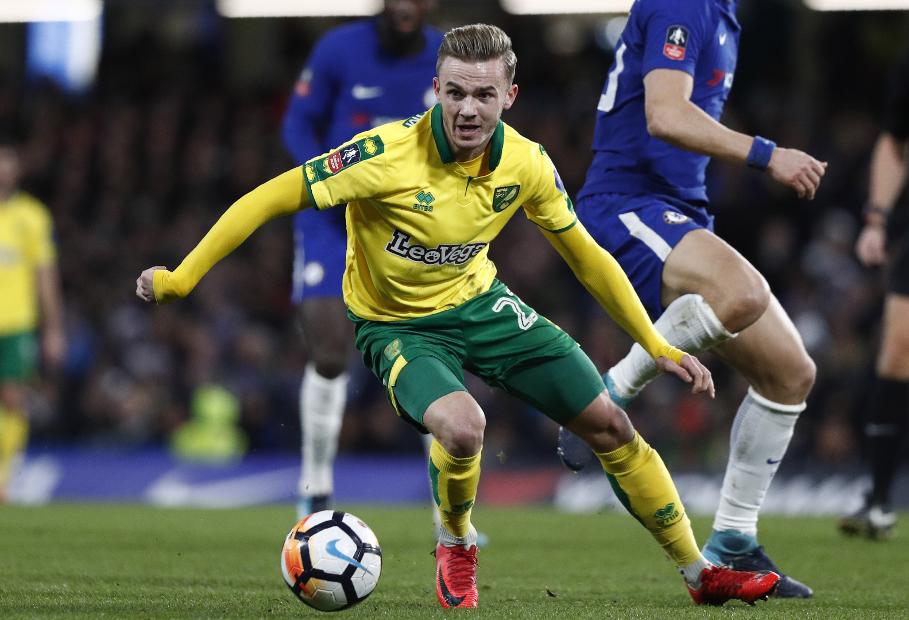 Leicester City is the right fit for me, says Maddison External Link

The signing of James Maddison by Leicester City is just the next step in the midfielder's development. Sky Sports' Adam Bate finds out why the 21-year-old's rise to the Premier League is no surprise.

Long before he made his debut for Coventry City at the age of 17, Maddison was a prodigious talent.

"Anyone would have spotted him," Richard Stevens, head of Coventry's Academy, told Sky Sports.

"I remember even when James was 15 and we used to go and play against Nottingham Forest, it would always be the first thing that they would ask me: 'Is he playing?' "

Back then, Maddison's dream was to play for the club he had supported since he was a child. As local as they come, he lived and went to school just down the road from Coventry's training ground.

The coaching staff have fond memories of the bond that he forged with former England midfielder Joe Cole during their time together. The youngster was eager to pick the brain of his experienced team-mate, anxious to pick up anything that he could.

After a transfer to Norwich City in February 2016 Maddison was loaned back to Coventry and also spent time in Scotland at Aberdeen.

He was made to wait for his chance, which finally came last summer when Daniel Farke took over at Carrow Road.

Maddison took little time to make his mark, soon emerging as the outstanding attacking midfielder in the Championship, creating more chances than anyone else.

"Every time I blink I see that he has got another man-of-the-match award or another player-of-the-month award," Stevens said with a smile. "That is what drives James, that feeling that he is the one who can capture the imagination of the fans.”

It could take time for Maddison to establish himself at Leicester with so many experienced Premier League players around him. But history would suggest that when presented with a barrier to his progress; this is a player who has the application and the ability to overcome it.

"This next move will challenge him," Stevens believes. "He is going into a team in the top half of the Premier League and that will be a big test. But whenever James has been pushed, he has found a way of adapting to it.

"He's been a shining light for this Academy and we all keep in touch with him," Stevens added. "He came back recently and sat with the under-15s. It was not planned but they were around so he chatted to them for half an hour. All he wants to talk about is football."

As a young boy my dream was always to play in the premier league! Now I have the opportunity to make my dream come true and I can’t wait to get started at this fantastic football club! Delighted to be here and looking forward to meeting all of you💙 @LCFC pic.twitter.com/iKpqZSw4u9

See: 'Maddison is a player who ignites matches'