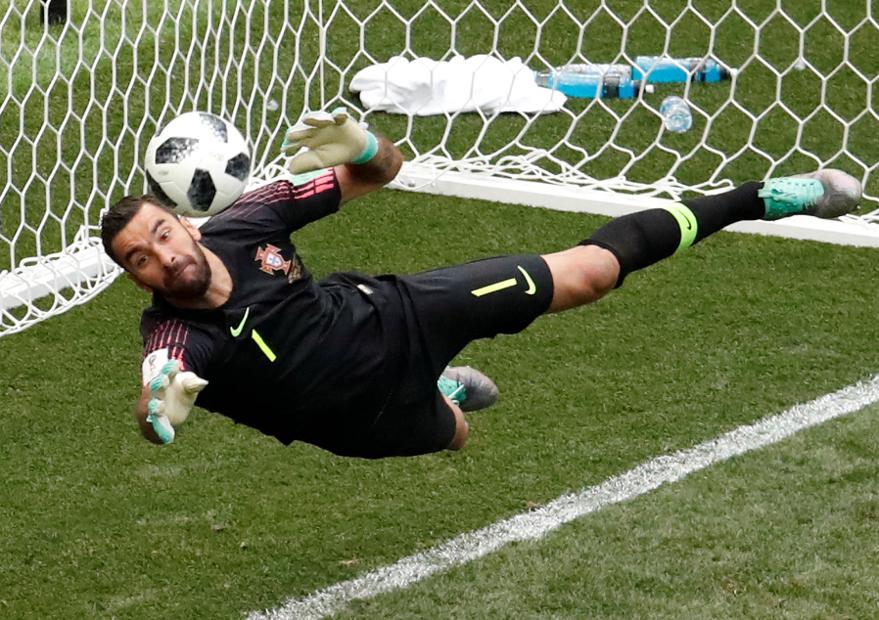 The Scout says that the Wolves signing's £4.5m price could make him the best budget goalkeeper

The Portugal goalkeeper has agreed to join Wolverhampton Wanderers from Sporting Lisbon.

He will challenge John Ruddy (£4.5m) for the No 1 jersey at Molineux.

Patricio kept a clean sheet in half of his matches in 2017/18. He produced 17 in 34 league appearances last season, conceding only 24 goals.

But how does that compare to Ruddy?

And in terms of saves, Patricio was the more impressive of the pair.

The Portugal international saved 77.4 per cent of the shots he faced, compared with Ruddy’s 73.3 per cent.

Wolves boasted an excellent defensive record on their way to promotion as champions.

As well as shutting out their opponents in 24 matches, no team conceded fewer than their 39 goals.

Last season goalkeepers from promoted sides were a big source of value, particularly Mat Ryan and Jonas Lossl (both £4.5m for 2018/19).

The Brighton & Hove Albion and Huddersfield Town players were among the top five in the game for points-per-million value.

Patricio could be the next goalkeeper from a promoted club to provide cheap points.

Wolves have a favourable run of opening matches in 2018/19.

They face only two of last season’s top six teams in the first 10 Gameweeks.

Many FPL managers will be tempted by Barry Douglas (£5.0m) in the Wolves defence. The full-back got five goals and 14 assists last season.

But Patricio is cheaper and could better Douglas for value to become the standout goalkeeper among the promoted sides.