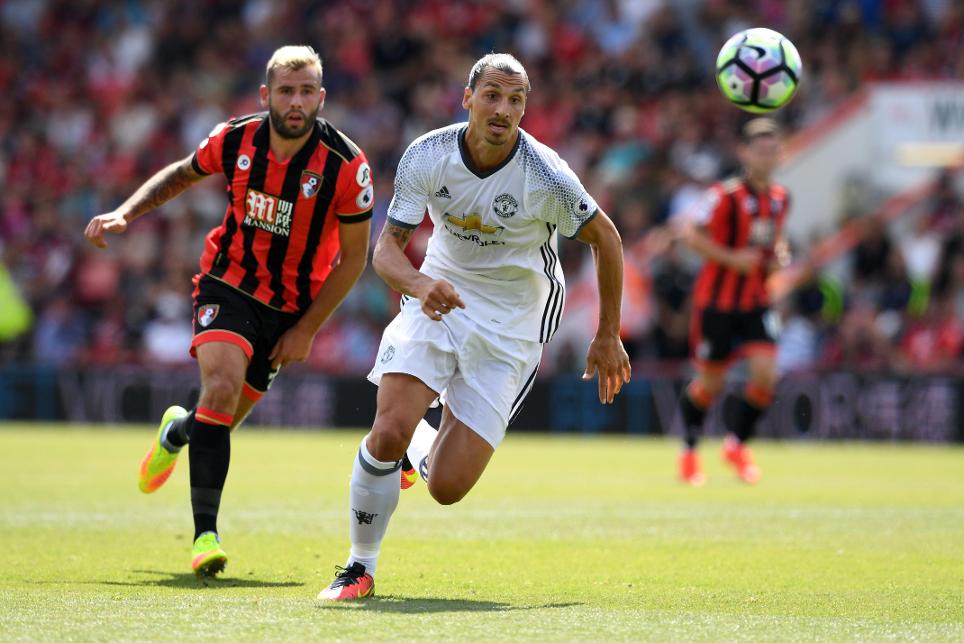 By scoring only 49 times in 2015/16, Manchester United offered little in the way of attacking options for Fantasy Premier League managers last season.

Sunday’s 3-1 win at AFC Bournemouth suggests that the Red Devils will be a different proposition under Jose Mourinho.

Rooney, Mata and Ibrahimovic found the net, with the Swede also earning maximum bonus points on his debut. Martial collected a pair of assists in the 3-1 win to finish with an 11-point haul.

Although Ibrahimovic’s 43.9% owners will be satisfied by his nine-point offering, it was noticeable that the striker’s tendency to drop deep and link up play allowed United’s midfield runners licence to raid forward.

As a result, Rooney and Martial produced three shots each inside the Cherries box with Mata managing two. Ibrahimovic fired two attempts on goal, both from distance.

This could also benefit Paul Pogba (£8.5m), who is available for selection after missing out through suspension last weekend.

The summer signing is expected to be stationed in the double-pivot, with Mourinho allowing him freedom to join in attacks from deep as he looks to run beyond Ibrahimovic.

Mata’s surprise start and subsequent goal could have a knock-on effect in both attack and defence.

With the Spaniard looking likely to retain his role in Mourinho’s XI against Southampton on Friday night, Henrikh Mkhitaryan (£9.4m) has been sold by more than 34,000 managers after a brief run-out as a second-half substitute at Vitality Stadium.

Stationed on the right, Mata’s tendency to cut inside on his favoured left foot developed another attacking outlet.

United’s right-back Antonio Valencia (£5.5m) was given the room to raid forward and bring his qualities as a former winger into play.

In the final third, Valencia bettered Shaw for touches (22 to six), passes received (15 to six) and successful passes (15 to four).

Both priced at £5.5m, Valencia is owned by just 9% of FPL managers compared with Shaw’s 19%. As evidenced by his weekend display, though, the Ecuadorean could emerge as the likelier source of attacking returns.

Elsewhere in defence, Mourinho welcomes back Chris Smalling (£6.0m) from suspension for his first home match in charge on Friday.

With Eric Bailly (£5.5m) excelling on his debut and Daley Blind (£5.5m) registering the highest number of clearances, blocks and interceptions (CBI), with 13, the United manager has a welcome selection headache ahead of meetings with the Saints, Watford and Hull City in the next four Gameweeks.