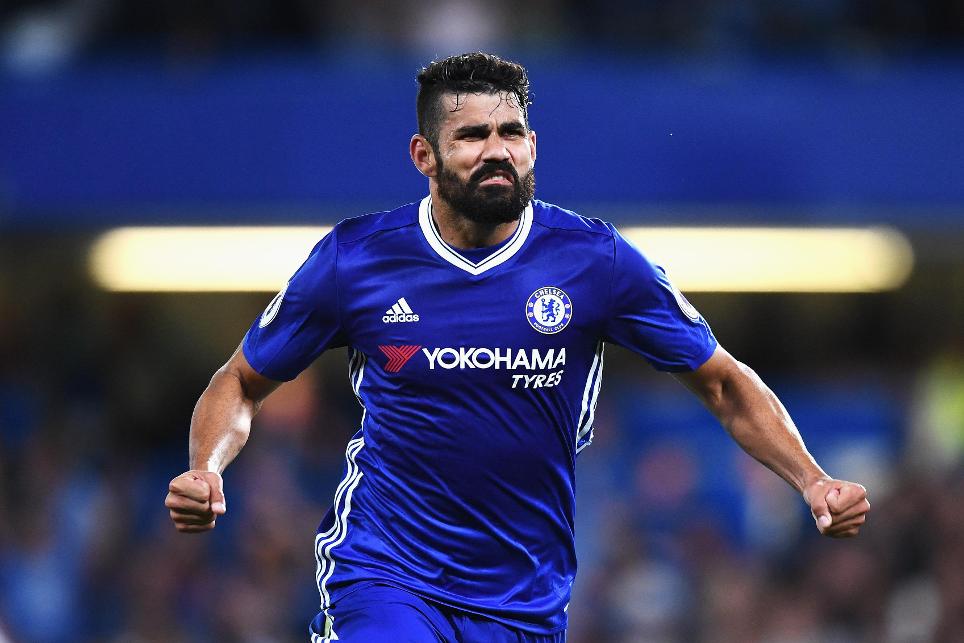 Diego Costa scored a late winner as Chelsea completed a dramatic 2-1 Premier League home victory over West Ham United to get the Antonio Conte era off to a winning start.

Costa produced a wonderful goal in the 89th minute after it had seemed their night would end in frustration when James Collins cancelled out Eden Hazard’s penalty with a 77th-minute strike.

Although West Ham started the brighter of the two sides with Andy Carroll forcing an early bookable foul from N’Golo Kante and Mark Noble firing wide in the early exchanges, Chelsea soon got into their stride with Hazard looking menacing throughout.

Branislav Ivanovic produced Chelsea’s first attempt at goal after 12 minutes, a powerful low shot that Adrian turned wide of his near post. From the ensuing corner the ball fell to Hazard, who fired over from just outside the penalty area.

The visitors were struggling to contain the flighty Belgian, and he almost scored a wonderful goal on the half-hour.

Picking the ball up around 40 yards out Hazard accelerated down the left and bent a right-footed shot narrowly wide of the far post.

A dominant Chelsea came close to breaking the deadlock on 38 minutes when Costa unleashed a ferocious shot from range which just cleared the bar, while on the stroke of half-time, Wiilian forced Adrian to tip his goalbound free-kick over.

The hosts began the second half as they had started the first and within two minutes they were ahead. Costa caused problems when he raced though on goal, only to have his shot saved by Adrian, but West Ham struggled to clear the danger and Cesar Azpilicueta was brought to ground by Michail Antonio as he burst into the area. Hazard’s ensuing penalty was straight and true.

Urged on from the sidelines by an animated Conte, Chelsea continued to create chances, and in the space of two minutes Wiilian was thwarted by Adrian, Oscar had a shot blocked and John Terry headed Willian’s inviting cross over.

For all their domination Chelsea were punished for their profligacy, as Collins equalised against the run of play. The Wales international’s initial header from Dimitri Payet’s corner fell to Enner Valencia, whose effort was blocked, but Collins reacted first to the rebound to fire through a crowded area for his fourth career goal against Chelsea.

The Blues looked to have passed up their last chance when Pedro fizzed a low effort wide, but Costa provided the coup de grace, collecting Michy Batshuayi’s knockdown and planting a shot past Adrian from 20 yards out.