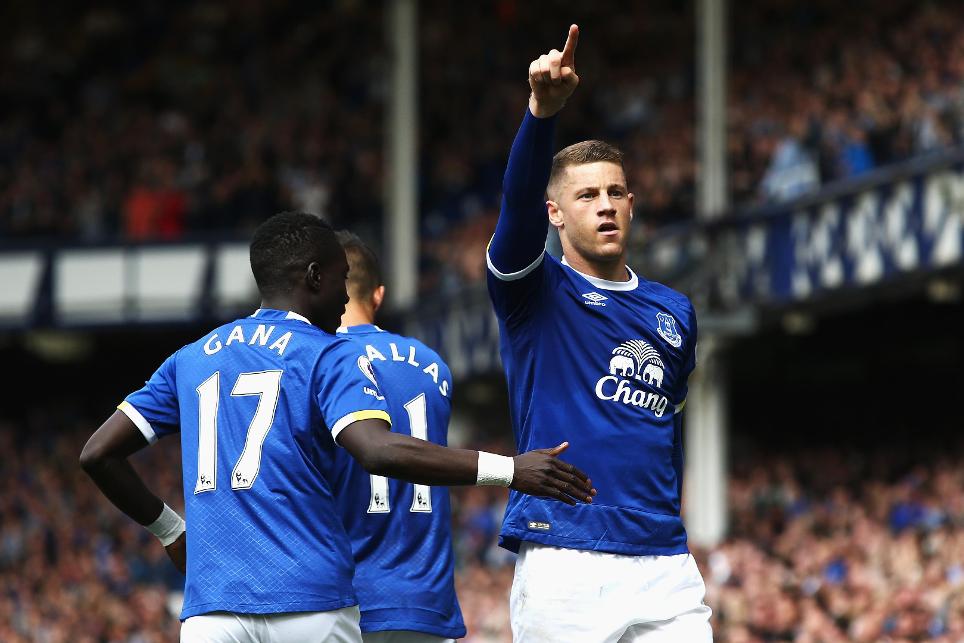 Goalscorers dominated the bonus points in Ronald Koeman’s first match in charge of the Toffees.

Ross Barkley (£7.5m) earned the maximum reward via a Bonus Points System score of 28. Starting on the right of a front three, the Toffees midfielder opened the scoring and also produced two successful tackles and six recoveries.

Kyle Walker (£5.5m) picked up the single bonus point, with 25 in the BPS. Like Lamela, the visitors’ right-back won two tackles and made three successful dribbles. He also produced five recoveries and four clearances.

The same three players finished in the top three of the ICT Index.

Barkley registered the top Influence score with a total of 45, with team-mate Phil Jagielka (£5.0m) joint-second alongside Lamela on 40. The Toffees’ centre-back contributed 16 Clearances, Blocks and Interceptions (CBI), more than any other player at Goodison.

Walker earned top position for Creativity, with a total of 42, after delivering three key passes and two successful crosses.

Significantly, Everton’s Gerard Deulofeu (£6.5m) was ranked first for Threat in the Index for this match. Fielded up front in the absence of injured Romelu Lukaku, the Spaniard shot two of his three attempts on target.

Both Barkley and Deulofeu are clearly worth monitoring if Koeman retains the pair in his front three.

Barkley produced four attempts on goal – more than any team-mate – while Deulofeu matched him for shots inside the box, with two apiece.

Encouragingly, the Toffees face just one of last term’s top eight in the next eight Gameweeks.

Walker’s display also highlights his value as a route into Mauricio Pochettino’s rearguard. The right-back is cheaper than both Toby Alderweireld (£6.5m) and Danny Rose (£6.0m), though if Hugo Lloris (£5.5m) is ruled out with a hamstring problem for any length of time, Michel Vorm (£5.0m) should benefit in goal.

Similarly, Lamela could emerge as a profitable option at White Hart Lane. The winger managed more shots inside the box than any midfield team-mate in 2015/16 and maintained that close-range threat, producing all three of his efforts inside the opposition area.

The introduction of Vincent Janssen (£8.0m) will give his manager food for thought.

Emerging from the bench in the second half, the Dutchman fired two attempts from inside the box, whereas Harry Kane (£11.0m), who dropped into a central-support role upon Janssen’s introduction, failed to register a single effort.