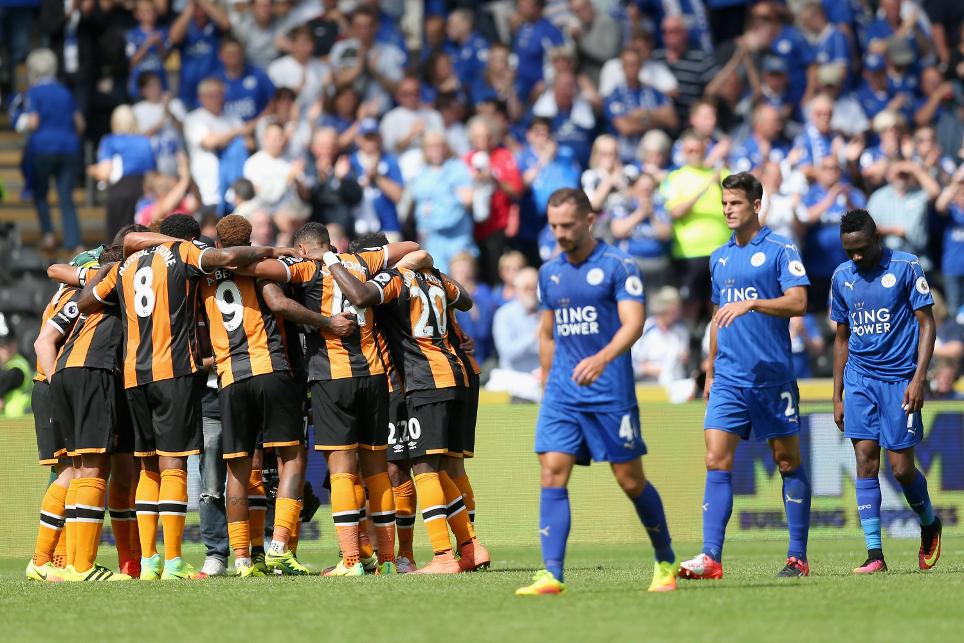 'Holding was one of the positives' External Link

After a season of shocks, when Leicester City were the most surprising champions in Premier League history, it appears that the tales of the unexpected will continue for the 2016/17 campaign if Matchweek 1 is anything to judge by.

For the first time in the Premier League era none of the top three sides from the previous campaign won on the season’s opening set of fixtures. It was more than 60 years ago that the top two both lost on Matchweek 1 of the following term.

Hull City’s 2-1 win over Leicester City that kicked off the season was the first defeat handed to defending champions in their opening match of the Premier League era. After Saturday's result the record of defending champions stands at 19 wins, four draws and one defeat.

Arsenal, the 2015/16 runners-up, also lost, going down 4-3 at home to Liverpool in an enthralling match on Sunday.

The last time the top two sides opened the next season with defeats was in 1953/54, when Arsenal, the champions, were beaten 2-0 at West Bromwich Albion, and Preston North End, the 1952/53 runners-up, lost at home to Huddersfield Town.

With Tottenham Hotspur being held to a 1-1 draw with Everton on Saturday it meant that for the first time since the 1984/85 season, the top three of the previous campaign failed to open with a win.

Thirty-two years ago, Liverpool, the champions, Southampton and Nottingham Forest earned just a point between them, as last season’s top three did at the weekend.

In 15 of the past 24 seasons of the Premier League, the top three had opened the season without defeat, with maximum points gained on five occasions.

Their respective defeats mean that the stakes will be higher when Leicester City host Arsenal on Saturday on Matchweek 2.

Lowest points tallies by top three on MW1 in PL