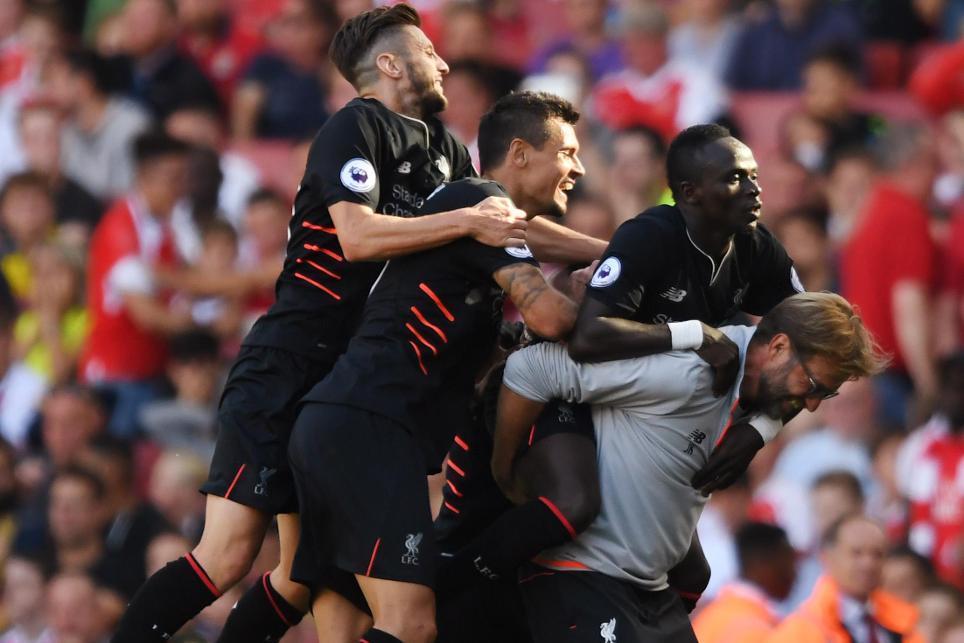 Jurgen Klopp said he felt “brilliant” after his players’ staged an impressive second-half showing in Liverpool’s 4-3 away victory at Arsenal, but confessed he would not be celebrating his side’s goals so early in future. “I made a big mistake,” he admitted.

Liverpool rallied from a goal down thanks to a 30-yard free-kick by Philippe Coutinho, which the Brazilian later described as his "best ever", and added three more goals from Adam Lallana, Coutinho again and Sadio Mane, prompting exuberant celebrations on the touchline from Klopp and his elated players.

There was still over a third of the match left to play, however, and Arsenal added to Theo Walcott’s first-half opener with goals from Alex Oxlade-Chamberlain and Calum Chambers, giving Klopp plenty of cause for concern as the clock ticked down.

“We came out [in the second half], scored wonderful goals and then I made a big mistake as I was involved in celebrations,” Klopp told Liverpoolfc.com. “That will happen one or two times in my life, hopefully, but not so early in a game because it was the wrong sign for all of us.

“It felt for everybody in that moment ‘that’s it’ but then you have a look at the watch and see there’s still half an hour to go and that’s not too good.”

Liverpool held on for a dramatic win, however, and Klopp was left feeling uplifted by such a thrilling winning start to the campaign.

“It was hard work but a deserved win in the end,” he said. “It feels brilliant at the moment, actually.”

"See: 'Klopp: I feel brilliant but that wasn't our whole quality'