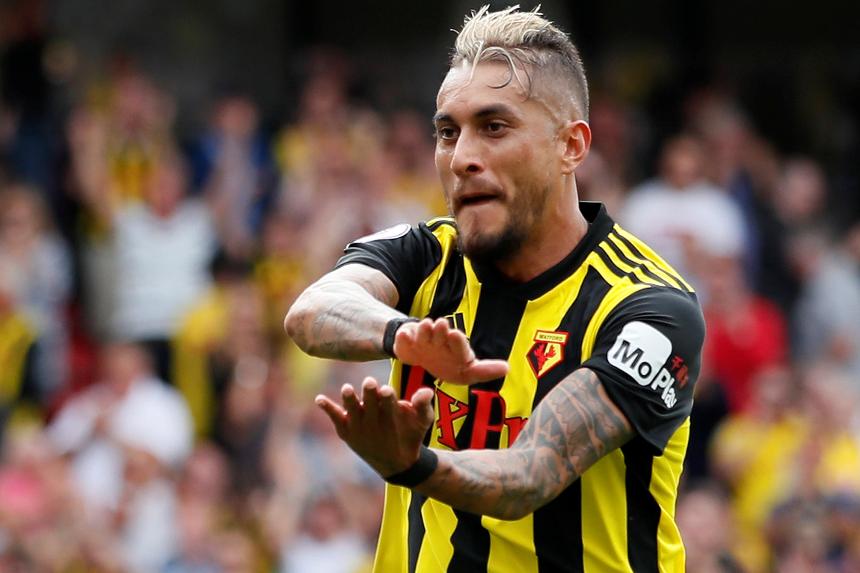 Roberto Pereyra scored both goals as Watford began the season with a 2-0 win over Brighton & Hove Albion at Vicarage Road.

Captain Troy Deeney came close to breaking the deadlock on 17 minutes but could not beat Mat Ryan from seven yards out.

Pereyra gave the Hornets the lead on 35 minutes, volleying a Jose Holebas corner into the top left corner from 15 yards.

He scored his second nine minutes after the restart, cutting in from the left and finding the bottom right corner from the edge of the penalty area.

Yves Bissouma had Brighton's best chance with 20 minutes remaining but could not quite find the left-hand corner.